They arrived right before you did...

Having successfully evaded the Empire's porky Imperial Fleet in an asteroid field, the plucky birds seek refuge among the clouds.

However, the gang swiftly learn that some scoundrels aren't to be trusted, and find themselves fighting for their lives in a city full of hostile Imperial forces. 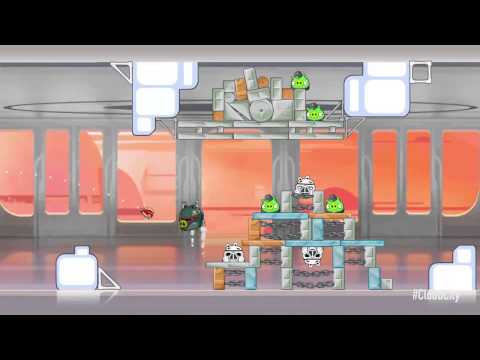 As well as including a new environment, this Angry Birds Star Wars update also contains a new mechanic: steam.

By aiming birds towards steam-spewing air vents, you can change their trajectory, enabling you to bust up those pesky Pigtroopers from inventive new angles.

You can download the Cloud City Angry Birds Star Wars update from the App Store right now. We expect the Android version of the game to be updated with the Cloud City content later today.