Get the Boba Fett Missions pack for free

Fett is not a playable character; he's actually a pig, who rockets up into the air when you slam into him. This offers up some interesting strategies where you can force Fett into knocking obstacles onto his fellow comrades.

There are two ways to get access to the Boba Fett missions. You can either pay a 69p / 99c in-app purchase, or track down and collect five jetpacks, hidden in other levels in the game.

Obviously, we recommend the latter option. So, just follow this simple tutorial, and you'll have access to ten more Angry Birds Star Wars stages in no time. 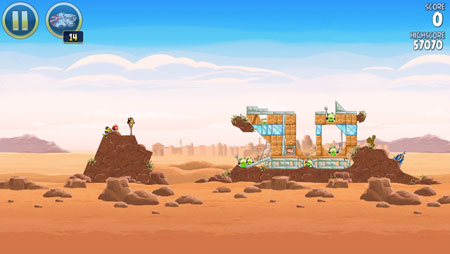 The first jetpack is in the deserts of Tatooine. In level 1-23, send a Han Solo bird high into the sky, then shoot at the blue object on the right to collect your first jetpack. 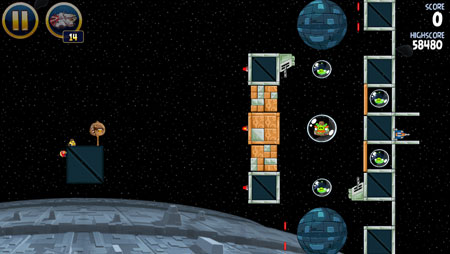 Out in space now. This one's a little tricky to get to. You need to clear away as much rubble as possible, using Chewie.

Then, as Han, shoot away the wood and metal struts in the square beneath the jetpack - where the pig is resting.

Then, finally, fire Luke into that square. Just as he's exiting, swing your lightsaber to collect the jetpack. 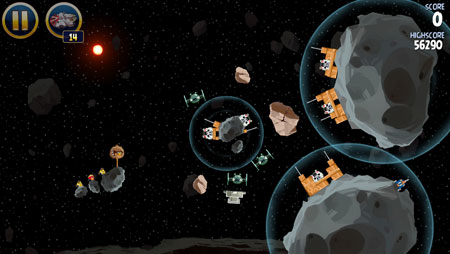 We're out in space again. This time, however, we're above the icy planet Hoth.

Use Chewie to smash the giant asteroid, then fire Han high and blast the jetpack with a good shot. Don't worry if you miss first time - you get two Han birds on this stage. 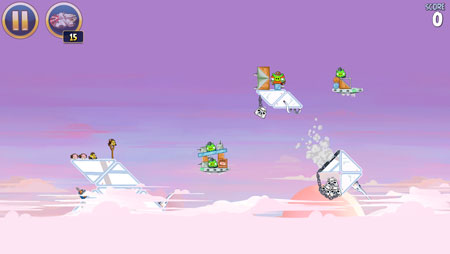 The first of two jetpacks in Cloud City resides in level 4–4. It's actually underneath the catapult, so fire a Han bird backwards, then shoot underneath the podium to get the jetpack. 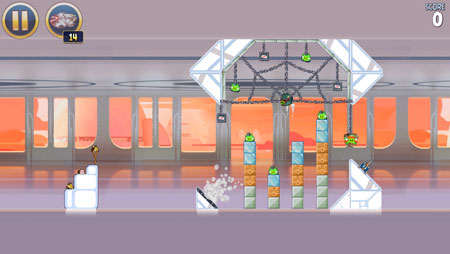 Last one. Use Han and Leia to remove as much junk as possible from the stage, then fire Han up high and get a good shot at the jetpack.

Get all five, and you'll unlock the Boba Fett missions for free. We just saved you 69p. Now, go buy yourself a Mars bar. 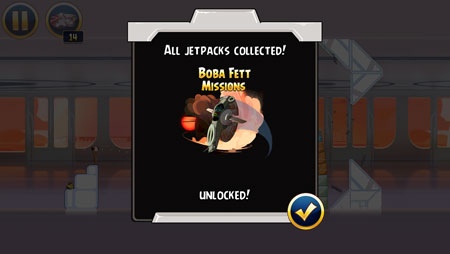