Earlier today, Finnish developer Rovio revealed a forthcoming update to Angry Birds Seasons via a colourful photo that it posted on its official Twitter account.

In this photo (that you can see for yourself below), the franchise's infamous swine antagonists are dressed up in what appears to be clown and magician costumes.

We're not entirely sure what season is being represented, then, but we're pretty sure that Rovio's next update will include at least a handful of circus-themed stages.

Naturally, your overall aim will be the same as it's always been: fire miffed avians towards some green piggies and earn enough points to complete each stage with a three-star rating. 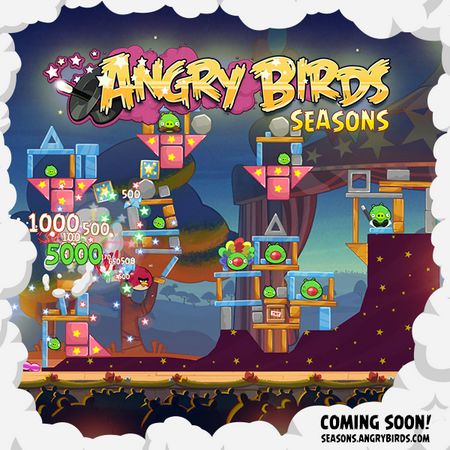 According to Rovio's tweeted image, this forthcoming update will be released "soon".

We'll let you know as soon as we have a solid release date and / or more details about the contents of the update.