Know your Fishbed from your Foxbat? Then try Aircraft Recognition Quiz

Out for iOS, coming to Android and Kindle Fire

When I was much, much younger, and wiser, I just loved aircraft. Yep, I was a teenaged plane spotter and proud of the fact.

But all those long hours, tracing the specifications of Migs, Yaks and Sukhois - I'll liked the Soviets one the best - haven't been wasted.

At least, not with the release of Aircraft Recognition Quiz.

Developed by Spanish outfit 4Fig Applications, it challenges you to identify over 500 aircraft through a series of multi-choice tests, either based on photos or blueprint drawings.

The type of aircraft ranges from World War I biplanes to modern jets, and you can specialise on specific eras or work through all the types.

Progression-wise, you have to identify five aircraft to complete a level, unlocking five new ones each time that happens until you've run out of plane. Three incorrect choices and it's game over.

There are three game modes: Normal, where you have three blueprint views plus 50-50 and picture wildcards; Picture, where you're given a photo view and have the 50-50 wildcard; and Difficult mode, which is based on a random view blueprint and have no wildcards.

You're scored on each attempt you make, and you can share your scores on Facebook, Twitter or email. There are also global Leaderboards and 36 achievements, and you can unlock additional packs of aircraft as in-app purchases. These include helicopters and modern civil airlines, each for 99c, €0.79 or 69p. 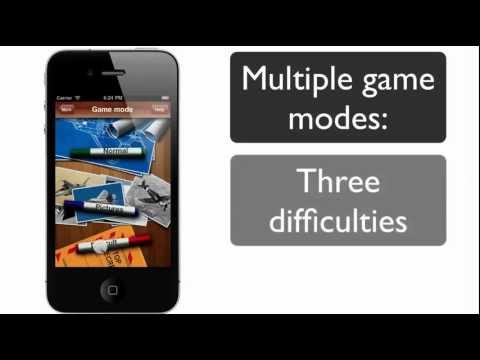 Subscribe to Pocket Gamer on
Next Up :
Yu-Gi-Oh! Master Duel has finally launched on mobile after rocking the PC and console gaming space

Is it a Foxbat or a Foxhound?