Releases alongside a comic 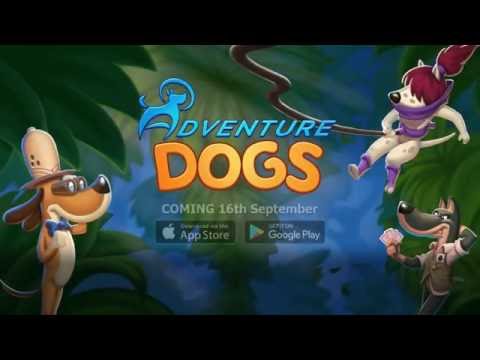 If you like your platformers hardcore, automated, and filled with sentient dogs, then Adventure Dogs, which launches on September 16th, is the game for you.

It's the debut title from the brand new studio Appreciate Games, and sees you journeying across a variety of different themed worlds jumping, swinging, avoiding traps and enemies.

Each world has its own set of mechanics which you'll have to learn if you want to conquer each level. On top of that, there are also a set of medals to earn for each one. There's a lot of game here.

You can select from three different pooches, each of which has its own personality and power-ups. There's a ninja doggie, who destroys traps with throwing stars, and another who's obsessed with gold. He absorbs it like a magnet.

Aside from the game itself, a series of comics will also be released that colour in the Adventure Dogs backstory.

If this all sounds right up your street, look out for Adventure Dogs on iOS and Android this September 16th.

Adventure Dogs review - An auto-runner with no bark or bite