One of the things I hear a lot about nowadays is idle games. They're games where you don't have to do anything. Like, you just leave them alone, and your numbers go up. They're prevalent on mobile, which apparently is what this site is about.

But Mr. Slater, you're no doubt whimpering into your juice boxes, what is the hot take? It's this – idle games are the only true games in the world. Everything else is just pretending to be a game.

Disagree with me? I don't care. I'm right. Leave me alone. Or at least read this list of five reasons why idle games are the only true games and then realise how much of an idiot you are.

The stupid thing about other kinds of games is that sometimes you lose. That isn't fair, is it? Why should I do something where there's a chance I'm going to lose? You never lose in idle games because you're not doing anything.

That means that idle games are the only fair test of gaming skill. If you can't lose, then you're just being tested on your ability to sit around doing nothing, wasting your life. Which is what gaming really is. Point - proven.

You get to use your eyes 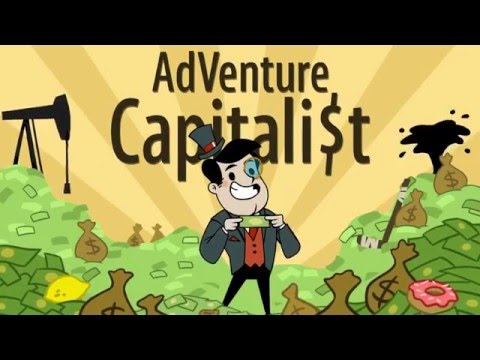 Subscribe to Pocket Gamer on
You can play after you're dead

Idle games will keep playing even when you die. Even if your phone isn't turned on, so long as the servers are still there then your numbers are going to keep going up. Essentially, idle games allow you to get as close to immortal as you're ever going to be.

Although I suppose on the flip side of that, it might mean that your idle games collection becomes your legacy. Generations in the future will look at the games you played and judge you. You might even be able to stick the games on your tombstone so they play forever and people can come and weep at your numbers.

Look, games make people angry. Oh I didn't get that thing I wanted. Oh someone beat me and now I feel angry. Oh I can't afford that game because I spent all of my money on cheap white cider and caffeine tablets just to make my life more bearable.

Idle games don't do that. They're not competitive. No one cares if you win, because they're completely without meaning. They're free, so you can always get them no matter how many gin and energy drink cocktails you've made this week. They're perfect, and they're not going to make you smash anyone's hip in.

No one's going to ruin them by writing about them

Idle games aren't going to get ruined by people thinking about them. I mean, what can you say about idle games? You don't do anything. That's like writing an article about a plain white wall. No one's going to be able to get like 700 words out of that. That'd be an incredible feat.

In a way I hope you haven't read to the end of this because you've been too busy doing all the other things you can do while you're playing idle games. Like having a life.