A Musical Story, the stylish rhythm game inspired by 70s folk-rock, is coming to mobile and other platforms this March

Glee-Cheese Studio has announced the upcoming launch of A Musical Story, its stylish rhythm game for both iOS and Android devices. It's also set to launch on PC, PlayStation, Xbox and the Nintendo Switch, with a new trailer embedded below to pique players' interests.

A Musical Story features unique mechanics for its genre in that it focuses on the player's ability to feel the music. It boasts a gorgeous-looking art style and very distinct aesthetics throughout the whole game, with heavy inspirations from 70s folk-rock and psychedelia. Players will be able to discover the protagonist Gabriel's memories through an engaging narrative told without words. The soundtrack is comprised of 26 songs crafted and performed by Charles Bardin and Valentin Ducloux.

The game has garnered plenty of awards under its belt, which includes Best Audio at the Taipei Game Show and Best Art Direction at the Indie X Awards. It also boasts two Honorable Mentions at the Independent Games Festival Awards for Excellence in Audio and Excellence in Visual Art this year. 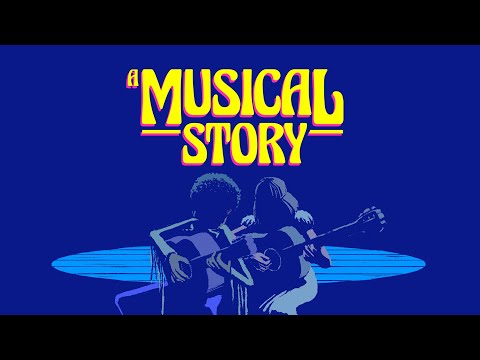 Players on PS4 and PS5 will be able to enjoy the game on March 2nd, while Switch users will get their hands on it on March 3rd. On the other hand, it'll land on Xbox, PC, Mac, iOS and Android on March 4th.

If you're eager to learn more about the game, you can have a look at the embedded teaser trailer above for a little sneak peek at the visuals and the gameplay. From the footage above, it does seem like the game is going to be a psychedelic trip that's filled with all the feels. You can also add A Musical Story to your wishlist on Steam for now.

Are you on the lookout for more intriguing narratives on your mobile device that will hook you right in from the very first scene? Why not take a gander at our list of top 10 best narrative adventure games you can play right now?

Next Up :
Labyrinth City: Pierre the Maze Detective is coming to iOS in March, with pre-orders now open

A Musical Story review - "Stunning visuals and music, if you can get past the challenging beats"