PGConnects: A Most Curious Murder is an immersive VR murder mystery for Gear VR

I like it when VR games have a sense of place. I mean, that's sort of the point of the technology. It's suppose to put you in a different reality. A virtual reality, if you will. And A Most Curious Murder does just that.

Essentially it's a murder mystery game. You play a woman who's wrongly accused of a crime, and you need to break into a police station to find the evidence and work out who actually did it.

It's a wonderfully elegant idea, and in practice it works really well. As soon as you slip the headset on and wander into the corridors of the station, it does feel like you're somewhere else. 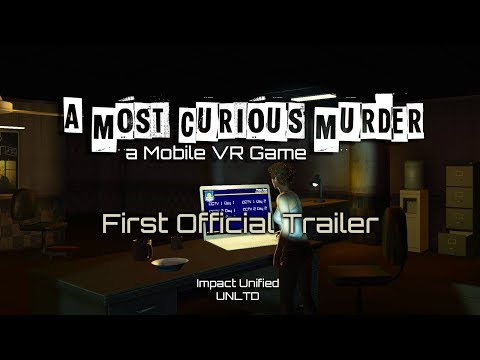 Walking in the game involves walking on the spot. The game recognises what you're doing and moves you forward. It might not be the most elegant solution, but it actually works surprisingly well. Even if you do look like a bit of an idiot while you're doing it.

It's great to see the Gear VR being used for something a little more complex, a little more mature, than the usual vaguely aimless shooters. That extra quality really shines through, even when my sweaty hungover face accidentally steams up the goggles and I can't see anything.

If you've got a Gear VR, then there's a good chance that it's been gathering dust over the past couple of months. Seriously though, brush it off and give A Most Curious Murder a try. It'll remind you why you were so excited about VR in the first place.