A Game of Thrones: The Board Game - Digital Edition has launched for iOS and Android with a DLC called A Dance with Dragons also available

iOS + Android + Steam
| A Game of Thrones: The Board Game - Digital Editio

Asmodee Digital has garnered a deserved reputation for publishing excellent digital adaptations of board games for mobile. Today, they've hopefully released another with A Game of Thrones: The Board Game - Digital Edition's arrival for iOS and Android. A DLC called A Dance with Dragons has also been released for mobile and PC to coincide with the launch.

The game was developed by Dire Wolf Digital as an adaptation of the strategy board game which, as you've might have already guessed, is based on the lore of George R. R. Martin's fifth novel, A Song of Ice and Fire. 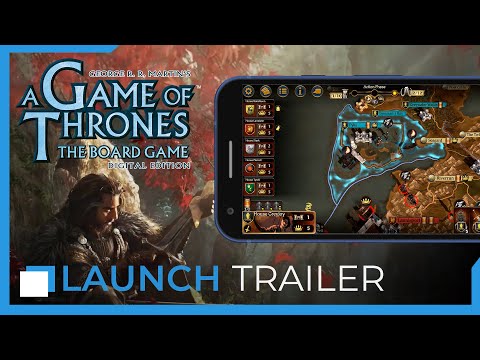 It sees players working their way through story-driven challenges that take place during the War of the Five Kings. Players will take control over one of the six houses of Westeros which include Lannister, Stark, Greyjoy, Martell, Tyrell or Baratheon. They will then attempt to claim the crown over 10 different rounds.

To do so, they'll need to be strategic. By deciding whether to use warfare, betrayal, cooperation, diplomacy, military tactics or a combination of them, they will be able to make a bid to claim the throne for themselves.

The mobile version of the game has completely reworked UI to better suit touch screen devices. Beyond that, there will be various options available when playing the game including asynchronous gameplay – both online and offline –, solo play and cross-platform multiplayer.

A Game of Thrones: The Board Game - Digital Edition is available now over on the App Store and Google Play. It's a premium title that costs $9.99 on iOS and $8.99 on Android. Meanwhile, A Dance with Dragons DLC will cost $3.99 and $4.99 on iOS and Android respectively.

Looking for more excellent mobile adaptions to enjoy on your phone or tablet? Here are 25 of the best available for Android devices
Next Up :
Dragonspire is now available to add to your wishlist on Steam ahead of its official launch next year

A Game of Thrones: The Board Game – Digital Edition launches a new DLC called A Feast for Crows