Known for its off-road ATV and Supercross (and snocross) racers, US developer 2XL is upsizing with its latest - TrophyLite Rally.

Based around General Tire's TrophyLite US desert offroad racing series, it has you taking the wheel of your truck and skidding around corners and hairpins like there's no tomorrow; which if you were actually driving, there might not be.

The bulk of the game consists of 15 different races including circuits, rallies and stages such as the BITD Bilek Silver State 300 and the General Tire Mint 400.

The career mode combines with the achievement system giving you plenty to do, and there are 31 trucks to unlock. Control includes a simple automatic acceleration system, and five sets of what 2XL calls responsive tilt steering presets.

Head-to-head wi-fi and Bluetooth multiplayer capabilities are offered as well.

The game also is the second the developer has released that uses the Real Rewards system. First deployed in 2XL Offroad Lite, Real Rewards is a technology that links in-game advertising and success with real world prizes and coupons.

This means that via the RealRewards website, you can view your gamer statistics and the global leaderboards and see what prizes are on offer.

You can see what TrophyLite Rally looks like in the following video. 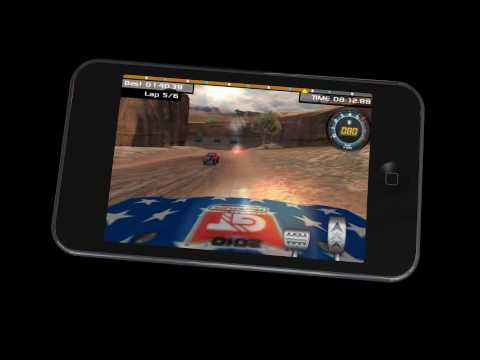 2XL roars into the US desert with TrophyLite Rally