Whether you're craving something pirate-themed after watching season one of Our Flag Means Death or just looking for a new pinball table to play, look no further as Black Rose has been added to Zen Pinball Party.

Black Rose is, for those who don't know, an incredibly well-known table, and while it might not haunt as many pinball halls as others, it's got a great reputation not only due to the nautical novelty, the cool video modes, or the tricky, central broadside shot but that it's one of the plethora of games worked on by Brian Eddy. Eddy would also work on Indiana Jones, Attack From Mars, Medieval Madness and more tables. He also, to come full circle, later moved into video games and is currently working at mobile giant Zynga. 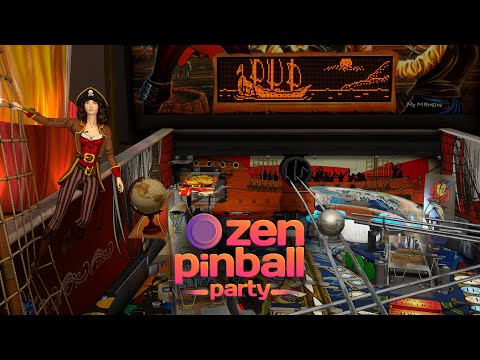 Black Rose's inclusion comes as part of a free update for Zen Pinball Party, which is itself included as part of Apple's Apple Arcade offering and, understandably, slots into the Williams Collection there.

Some tips for those who haven't played it before. While it's tempting to try to spam the central shot, the quickest way to a high score is by either combo shooting the whirlpool or by lighting up all of the sink ship letters and then landing the shot on the ship. Oh, and as a little extra bonus, when Polly the parrot appears and the table holds the ball, hammer the flippers before it releases and if you get enough hits in then you'll get a very tidy bonus.

Zen Pinball Party has been out for a while now, but only last month they added The Champion Pub to the library, and they've been pretty regular in adding other new features, including the Funko Pinball Party Arena mode which is a competitive party mode about foiling your rival's playing field while scoring as high as you can.

Zen Pinball Party is available on iOS via Apple Arcade.

Next Up :
A3: Still Alive is hosting a number of events to celebrate the integration of their blockchain technology