Xenowerk Tactics, the real-time strategy follow-up to Xenowerk, will be available for iOS and Android next week

Command your squad to blast some mutants

In early August Pixelbite announced that their latest game, Xenowerk Tactics would be making its way to iOS and Android this year. Now we know when that will be and there's not long to wait. Xenowerk Tactics will release on 10th October.

Though Pixelbite is well-known for their Space Marshals series, this isn't their first game in the Xenowerk universe. The original game was a twin-stick shooter where you battled your way through a mutant infestation. So Xenowerk Tactics is looking to take the series in a different direction.

This time around you'll play as the commander of an emergency response team who has been sent to investigate a disaster that occurred in a secret lab, where all these kinds of things usually happen. Your job is either to cover up the mess or save the world, depending on who you choose to speak to. 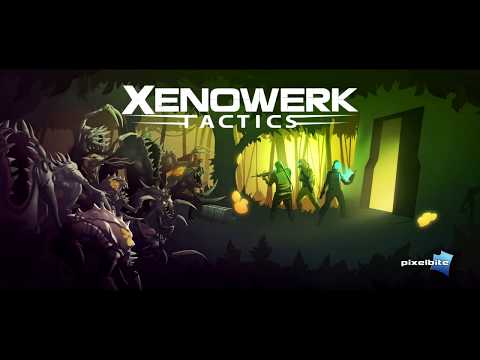 It's a real-time strategy game so you'll have to think on your feet as you battle through the hordes of mutants. You'll have numerous skills at your disposal to quell their numbers such as grenades, traps and something called Pyrokinesis which sounds amazing. There is also a Tactical Pause option for more detail instructions so you can slow down the play if it gets overly hectic.

As you'd expect you'll have the option to improve your ranks. However, there appears to be some risk involved in this. Some of your troops may have questionable traits or potentially dangerous mutations. It's not clear how this will impact gameplay but I'd imagine some intentional friendly fire could occur.

Xenowerks Tactics will be available on the App Store and Google Play on 10th October. It'll be a premium title that'll cost $6.99 according to the App Store listing.

Check out our news section to discover the latest, and greatest, games.
Next Up :
Genshin Impact's v3.1 update kicks off soon with its first phase of events