The way of the samurai

PlatinumGames’ first foray into mobile gaming, World of Demons, has successfully soft launched on the App Store this week in Southeast Asia, as the game prepares for a full launch sometime this summer. PlatinumGames is best known for games like Bayonetta and Nier: Automata.

World of Demons highlights Platinum’s knack for sheer style with a Japanese ink-painting aesthetic reminiscent of Okami (a title designed by a number of Platinum’s founding members). The game, which is being created in partnership with mobile publisher DeNA, looks to be a samurai-inspired hack and slash. 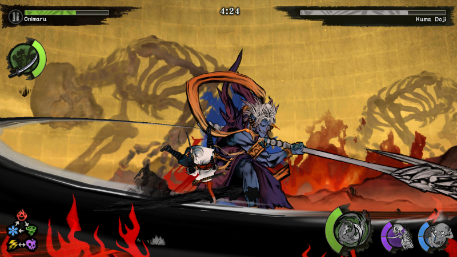 Players will rely on impressive swordplay skills to defeat enemies, but you can also call on Yokai, your own personal monster helpers, to aid in battle with their own special attacks and support abilities.

The soft launch gives players in the Philippines, Singapore, and Malaysia full access to the game (though there are IAPs present). The rest will have to wait later this summer to give World of Demons a spin.