You've been to space. You've hurtled in a car around a dusty track, firing at the cars in front of you using a roof-mounted machine gun. You've hobbled, slashed, smashed, gutted, and fled from zombies.

Now it's time to solve anagrams.

Word Explorer is the next iOS game from Tower Studios and Vivid Games, and it's a charmingly innocent departure given that the partnership's previous collaborations include the violent Speedball 2 Evolution and super-violent Shoot to Kill.

T-L-E-R-A-V (to move over large distances)

The game sees you ambling from map screen to map screen, unjumbling words so that you can learn about the places you're visiting.

You have to work your way through anagrams on a series of hexagonal grids and solve them using one-word clues or picture clues with descriptions. You can submit as many arrangements as you like without penalty other than the time you waste. If you don't manage to guess the minimum number of words in an area, you have to start again.

The words vary in difficulty, though they tend towards the easy end of the spectrum in the early stages, with the occasional outlying brain-buster (Tower has told us that it intends to tweak the difficulty curve before the game is released).

If you come across a tricky word then you can use a cheat, though you only get three of these at the outset, after which you need to pay for them with in-game currency that you accumulate gradually through play or rapidly through credit card transactions.

Once you run out of cheats the next best thing (short of paying) is to use the Ask a Friend feature, which generates an SMS to send the clue to a contact of your choice.

The next best thing after that is to submit guesses. Whenever you tap 'okay' the game lets you know which letters happen to be in the right places, and this is often sufficient to help you to the answer. If not you can always repeat the process until you get there. 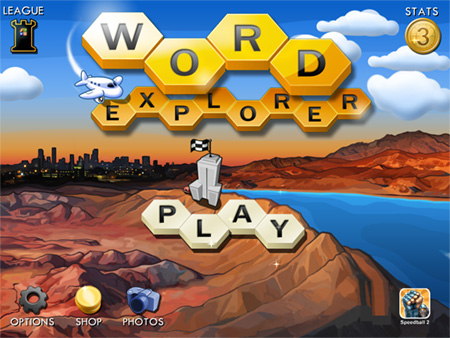 The theme tying the puzzles together is that you're exploring the world, unlocking photos and descriptions of flora, fauna, and other points of interest in one region before moving on to the next. Each grid takes the form of a journey, with a starting place and a destination.

Tower's Jon Hare claims that Word Explorer is "without doubt the largest single player word game that has ever existed". The build that we played only contained North America and South America, but after an hour's play we'd completed just five areas of Western United States.

That's because each of the areas in this region contains nine trips, comprising 30 words. The full game will contain 23,000 words across 250 levels, which will keep you going for a long, long time.

Hare also claims that Word Explorer is a sort of "21st century crossword", though this comparison is misleading if you're expecting cryptic clues or, well, anything crossword-related other than the straightforward anagram clues you get in quick crosswords. It's a game for casual rather than serious puzzle fans.

The pictures you collect are pretty and sharp, and the information the game gives you is interesting if you're fond of learning, but that's largely all there is to it. The single-player mode of Word Explorer is just a huge, pleasant, functional mashup of an encyclopaedia, a tourist brochure, and a book of anagrams.

To add a bit of gaming spice Tower and Vivid have included Special Collections (achievements you can earn by collecting sets of related photos) and Photo Packs (like football sticker packs, but without the swapping.)

There will also be a multiplayer league mode whereby the game will generate a grid on which you play against an opponent. Results from these contests are added to a giant Game Center leaderboard.

Tower and Vivid haven't decided whether Word Explorer will be a paid or freemium game, nor how much of the world you'll be able to explore in the initial version and how much will come later in updates.

There are changes to be made before Word Explorer hits the App Store, Google Play, PC, and Flash later this year, but so far it's looking like an unostentatious giant of a puzzler that hopes to make up in breadth what it lacks in depth.

For an insight into the development process, check out our interview with Jon Hare. 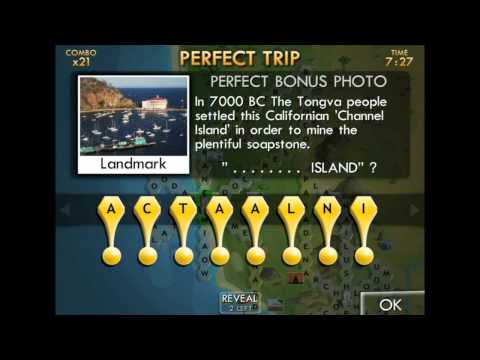 Subscribe to Pocket Gamer on
Next Up :
App Army Assemble: Perfect Grind - "Does this skateboarding game successfully bring the thrill of the sport to mobile?"