It will introduce the character, a dungeon and music

Rocketcat Games' revered action-adventure dungeon crawler, Wayward Souls, is set to receive the long-awaited paladin update on iOS on February 4th. The developer recently tweeted that the update had been submitted to the App Store, after initially announcing it would be heading for Apple devices last year.

As the name implies, this will add the Paladin to the game as a playable character. In addition to that, a new dungeon will also be added alongside some more music and a couple of other smaller changes.

Wayward Souls Paladin Update has been submitted to the App Store. Planned launch date is Thursday, February 4th! This will add the Paladin to the iOS version, along with a new dungeon for him. We're also adding more music to the game, and other small changes. pic.twitter.com/wepIAl8Tsw — Rocketcat Games (@rocketcatgames) January 22, 2021

The update has previously been made available in the PC version of Wayward Souls. It allows players to play as the Paladin, a character that was previously only available during the tutorial stages and is much more powerful than the other choices. As such, they have been given their own dungeon with increased difficulty. 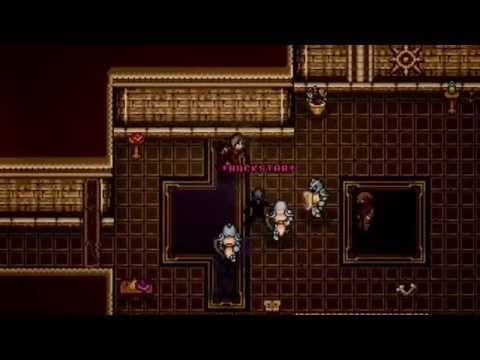 Wayward Souls initially released all the way back in 2014 so it's great to see that Rocketcat Games still wish to support their game on mobile. Since launch, it has often been referred to as a must-play game and Harry Slater, who reviewed the game for us at the time, agreed with that sentiment.

Wayward Souls is available now over on the App Store and Google Play. It's a premium game that costs $6.99 or your local equivalent. Alternatively, if you're an Android user, the game is also available as part of a Google Play Pass subscription.

Looking for more action-packed games to play on your phone? Here are 25 of the best available for iPhone and iPad
Next Up :
Fortnite v21.20 update brings New Indiana Jones skin set, Charge SMG, and more

You can't play Dragon's Dogma on mobile, but these games are pretty similar