The fantastic Warhammer Quest 2: The End Times will be free to download for players over the next week, developers Perchang have confirmed.

Warhammer Quest 2, for those unaware, is a 'brilliant example of strategy battles done right' (as per our review). It's a turn-based RPG with a rewarding difficulty curve and some absolutely amazing visual desgin choices. Battles take place from the (frequently used) overhead viewpoint, however the camera features freeform movement and zoom, allowing you to reposition it to better view the battlefield. This is something frequently lacking in turn-basd games, and gives a fantastic feeling of scope which makes ambushes feel a lot more intense than simply stumbling into a fog of war. 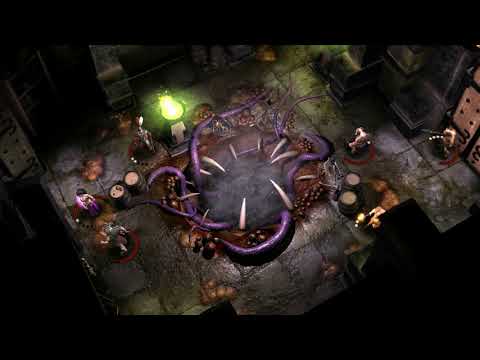 It's also incredibly well animated, which combined with the camera dynamics and clever UI design choices (health bars circle characters rather than popping up around the screen as you select units) it really bleeds attention to detail.

The core game features several heroes who you can add to your team, as well as as selection who can be bought with IAPs. It's all incredibly balanaced, and I know a few people who have willingly dipped into the purchases to widen their roster. On the subject of that, a new character has been added to the core game's roster, meaning that he'll be available for all to use without spending a penny. The Grave Guard is an undead fighter who has a major focus on stamina and perseverance, making him a robust tank-type character. He'll be available in Warhammer Quest 2's tavern, and features new skills and items to boot.

Enough waffling on about it anyway, you can grab the game for free over on the App Store right now, it's going to be free from today (18th July) through until the 25th of July, however I'd certainly recommend grabbing it now so that you don't forget about it.