The future's here: how game developers will use 3D Touch on iPhone 6s

Before the launch of the iPhone 6s, we got ridiculously excited about the new 3D Touch feature.

It allows your phone to measure how hard you're pressing the screen. Something that obviously has a lot of gaming potential.

It's one thing to waffle about how much of a game-changer this could be, quite another to see it in practice. So, now that the technology is in the wild, we talked to some studios about their plans for the new feature.

Turns out they were even more elaborate than we'd suspected.

"It's like having an extra button, which is huge when so far there has only been one," enthused Matthew Annal, managing director at Nitrome. "I'd love to see if it were possible to make a platform game playable with one hand. Drag left and right to move and 3D press to jump."

You might expect that from the developer responsible for gold award winning platform hits like Silly Sausage and Platform Panic. Nitrome is into a lot more genres than that, though, and his ideas didn't stop there. 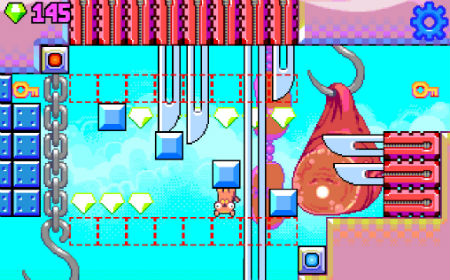 Ideas are all very well, but we had to ask him whether there were any plans to use it in upcoming titles. The answer, sadly, is no.

"The current games were all started prior to the announcement," he replied. "So any support is going to be shortcut like at best. We wouldn't rule it out for future games, though."

As it turns out, however, we don't just have to rely on blue-sky ideas from studios. There's one already working with 3D Touch: Pixel Toys. You might have seen it demonstrate its upcoming Warhammer 40k title Freeblade during one of the launch events.

It uses 3D touch to make zooming in on targets and cycling through weapons a breeze.

We asked Andy Wafer, their CEO, how they came to be the first game developer to get their hands on 3D touch. "We worked very hard to make Freeblade a game that would get noticed," he replied. 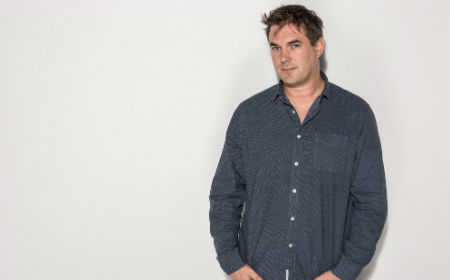 Having had practical experience, he was able to answer two key questions about this emerging technology. Namely, how sensitive is it, and how easy it is to use from a development perspective.

Shortcomings in either could spell doom for the gaming potential of 3d touch.

"We were very surprised at just how sensitive and precise the technology is," he revealed. "It can smoothly detect a wide range of different gestures. There's no going back to 2D now."

He was similarly positive on the question of cost. "It just measures how much pressure is being applied to a specific point on the screen. You can use that information in the same way an analogue trigger measures how hard you're pressing on console controller."

"From a game development perspective it's not difficult to implement that input."

The launch of 3D touch faces a significant barrier, however. At the moment, it's confined to the two highest-priced models of iPhone. No doubt it will come to iPad too, but there's no word on when.

No popular Android phones having anything similar to offer. So the potential audience for games using the feature is very small.

Annal doesn't think this is as big a problem as it looks. "A really unique use of the feature could be really appealing to an audience keen to show off their new phone," he said.

"Apple Watch showed this to be the case when many launch games managed to soar up the charts. Apple's audience is so large that strongly appealing to a limited part of their audience is a viable tactic."

Wafer offered similar sentiments. "I expect Apple will sell a few of these new phones over the next few months," he drily pointed out.

"Players who own them will be interested in trying game experiences that use the new 3D touch technology. I believe 3D touch is the most important technology change to happen in mobile gaming since the release of the first iPhone, so we will include it in future game releases, and I expect that over time most other professional developers will too." 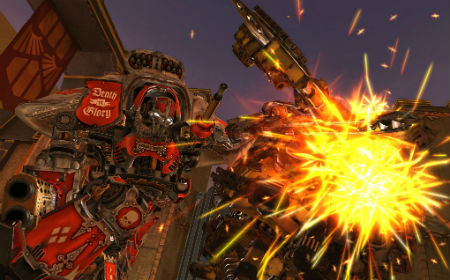 Both developers pointed out that many features of 3D touch aren't that hard to replicate using other types of input. They key attraction is how smooth and tactile the new technology is in comparison.

"We'd start conservatively and use it for nonessential elements that could have a second trigger for incompatible devices," Annal explained. "A shortcut, essentially."

That's exactly the approach Pixel Toys have taken with Freeblade. "Zooming is digital rather than analogue," Wafer explained. "The experience is certainly enhanced with 3d touch. But the game will still be fully playable on devices that don't support it using different gestures and inputs."

It's good to know that there are talented developers like Nitrome and Pixel Toys already exploring the potential of 3Dtouch. It's even better to find out that it's as responsive and easy to work with as we'd hoped.

The best thing of all, however, is going to be playing the finished products when they arrive.

Warhammer 40,000: Freeblade will stomp and smash onto iPad and iPhone this month