Get your Advance Wars fix: the amazing Warbits is finally out on the App Store

Warbits. It feels like it took forever for it to finally be out on the App Store. Its beta is so polished, I felt like it could have been released two months ago but its developer wanted to polish it as much as possible.

Warbits is an Advance Wars hommage, featuring the same kind of units and building capture mechanics that you'd expect, all in a turn based format. 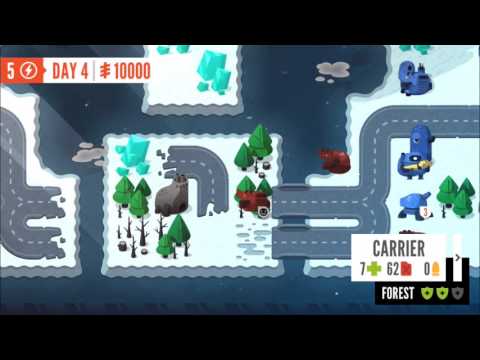 It's the real deal too with a single player campaign, local and online multiplayer and leaderboards.

If you like strategy games there's really no reason to not pick it up as it's absolutely amazing, oozing with charm and really fun to play. Plus, it's on sale for £2.29 so you better get it now.

Go!
Next Up :
Fortnite takes players to the highest ground with the upcoming Obi-Wan Kenobi Bundle and Cup

Warbits whittles down to its lowest price yet

Warbits - Has war even been so much fun?