Android fans get an Opportunity to play (Updated: Now on Google Play)

Waking Mars takes place deep in the belly of the red planet, and has a jetpack-toting astrobiologist cultivating the alien lifeforms inside. You'll study the Martian organisms, and hijack their ecosystems in order to produce more plants and animals.

All this, while hunting for a lost robot rover and searching for secret messages hidden inside the fourth rock from the Sun. 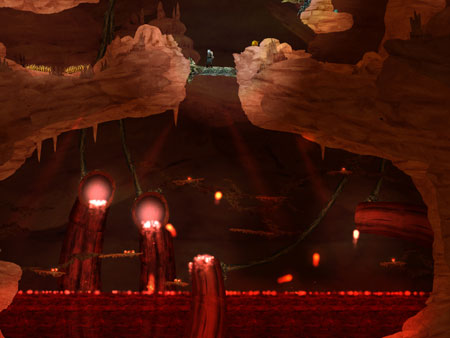 In our glowing Gold Award review, we called the game "Captivating, elegant, and fiendishly clever," and said that "Waking Mars delivers a science-fiction epic that's a delight to explore, and rewarding to play."

On Android you will be able to get the game from Google Play for £3.15 / $4.99. Or, as part of the latest Humble Indie Bundle (where you can pay whatever price you like).

Oh, and there's a special "Director's Cut" update for owners of the iOS version. Those lame stock photography character portraits have been improved, and they're now fully voiced by a cast of actors. The game is £2.99 / $4.99 on iOS, if you haven't got it yet.