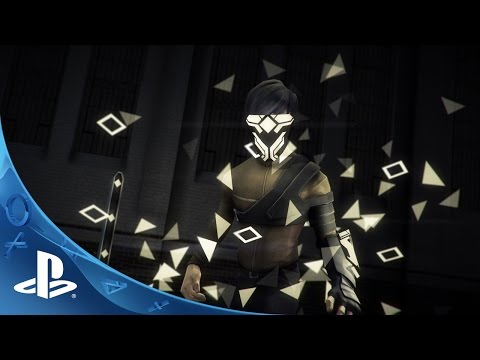 You play as Locksley: a thief who uncovers a military coup by playing virtual reality heists on the internet and it's all very complicated but I think that's the jist of it.

In play, it's a top-down stealth 'em up inspired by Metal Gear Solid's VR missions, where you use smart gadgets and smart timing to get past security robots.

There are 100 levels to tip-toe through, but you've also got a full level editor and access to user-made stages.

Volume's had "mixed or average reviews" on Metacritic.