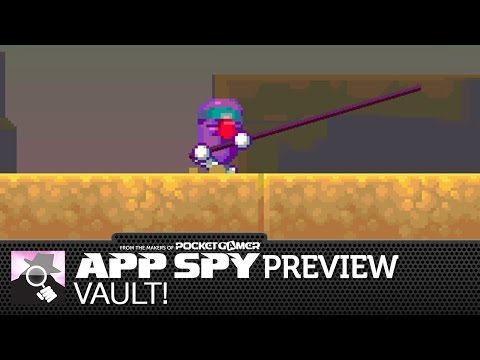 Subscribe to Pocket Gamer on
Updated on July 22nd, at 9:14: Nitrome's latest game, Vault!, is out now on the iOS App Store, as a free download. An Android edition will be along shortly.

It is, predictably, a lot of fun. You tap and hold the screen to slam down your pole and hopefully vault over gaps. You'll have to deal with springs, obstacles, super thin platforms, and other obstacles.

As ever, it's got ads but you can pay a few pennies to remove them forever.

You can go grab the game now, or watch Peter's hands on video above to see how it plays. 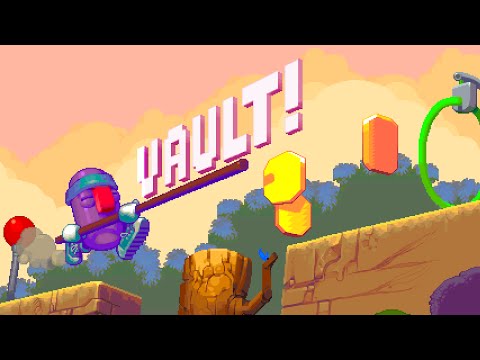 Consistently brilliant mobile dev Nitrome has got a new game out this week. And if it's anything like Gunbrick or Platform Panic or Magic Touch or Green Ninja, it will probably be awesome.

It's called Vault, and looks to be a one-tap pole-vaulting game about an athletic… raisin? I think. I mean, you look at that weird purple dude and tell me what he's supposed to be.

The game will hit the App Store and Google Play later this week, and it will be free to play. We'll let you know when we know when it's live.

Vault! leaps over all expectations, landing on mobile as a solid high score chaser

Jump over chasms in Vault!

Vault! is Nitrome's new endless vaulter, and this preview video explains why it's wonderful