The Pokémon Company has announced that it will be unveiling a "shocking" new Pokémon project next week.

The announcement is a collaboration with Famitsu, and will be livestreamed at Nicovideo.jp on August 26th at 2pm BST.

The Pokémon Company president Tsunekazu Ishihara will be there to make the announcement. Voice actors Nobuhiko Okamoto and Aoi Yuuki of the Pokémon anime will also appear.

Now, while we don't even know if the announcement will be game-related, we do have a strong suspicion that it will be. 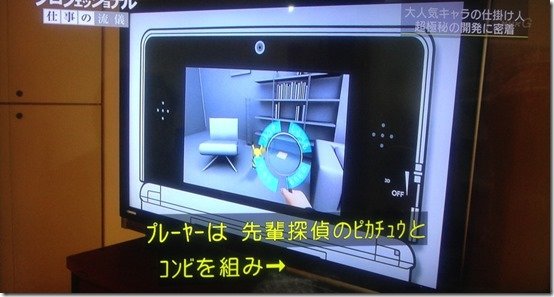 You may remember last year that we found out about a Pikachu detective game for 3DS that is supposed to arrive in 2015.

In it, Pikachu makes like Sherlock Holmes and solves crimes. According to Polygon, it might be called "Great Pikachu Detective", and features rare and evil versions of Pikachu, including one that is controlled via motion and facial technology.

That game was never formally announced, so it could be that. That's what we're hoping for, at least.

If it's not that, it might be the Pokémon fighting game that Siliconera spotted last year. We're talking a traditional fighting game here, too - like Street Fighter or Tekken.

We'll get to find out what it is next week. Fingers crossed for a new Pokémon game.

Siliconera
Next Up :
Madness/Endless is a gory stealth action game with hardcore difficulty and vivid pixel-art visuals, out now on mobile