Out now at a special launch price

Unmechanical - a PC physics-puzzler built with the Unreal Development Kit - has just landed on iPhone and iPad.

In this scrappy little puzzle game, you play as an apple-shaped helicopter bot with a tractor beam in his belly.

It's easy enough to move around, for you just tap and hold where you wish to fly. And with a quick tap, our hero can grab hold of small objects - like boxes, girders, orbs, and trap doors - and tug them about the environment.

That ability comes in handy when solving the game's huge variety of puzzles, which includes dropping blocks onto pressure-sensitive buttons and memorising combinations. Oh, and wedging cogs, re-routing laser beams, and balancing scales. 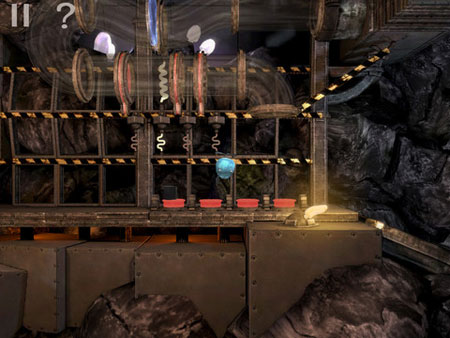 It's got that ambient and lonely atmosphere present in games like Waking Mars and Insanely Twisted Shadow Planet, plus an imaginative art style that melds the mechanical with the organic. Like big fleshy hearts wrapped up in steel.

And like Machinarium's robo-hero Josef, the automated tike in Unmechanical offers a lot of personality without ever speaking a line of dialogue.

Unmechanical is a well-crafted bite-sized game, with a rich set of puzzles, a striking atmosphere, and - most pleasingly of all - no combat whatsoever. 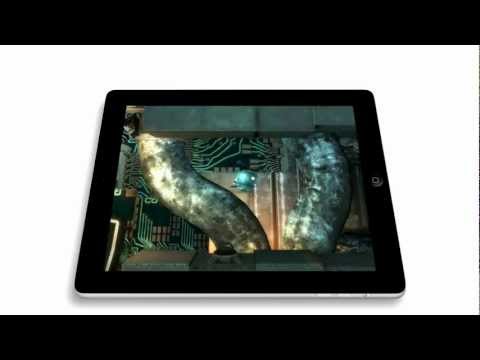 Its short (three- or four-hour) runtime got criticised on PC. At only £1.99 / $2.99 (launch price) on iOS, though, this pocket-money version feels just right.

This app should run on most iOS devices, but you'll need at least an iPad 2, iPhone 4S, or fifth-gen iPod touch to appreciate the high-end graphics.