If you liked the Silver Award-winning rymdkapsel then you're probably going to enjoy the look of its creator's next game.

Twofold inc., described as a "straight up puzzle game," has the same visual pop as rymdkapsel's pleasing world of simple shapes and bold colours.

In other words, you can tell that both games were grafted by the same hand.

However, Martin Jonasson, the sole member of studio Grapefrukt, reckons that twofold inc. is "the best looking thing [he's] ever made."

You can judge that for yourself by watching the video below. Which, thankfully, also shows you how the game plays much better than I can explain it with words. 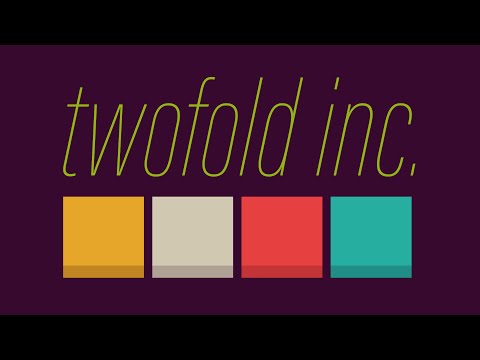 You should get the idea: you align tiles of the same colour so you can eliminate them all with a single non-interrupted swipe.

Jonasson adds to this that there are no time limits and it has never-ending levels.

Combined with those lovely visuals and the acoustic soundtrack, we should have an game that likens the almost meditative experience of playing rymdkapsel.

You'll have to wait until January 2016 to play it, though. Twofold inc. isn't quite finished yet, you see, but Jonasson is working on it.

Keep an eye on twofold inc. on its website. Oh, and yes, it's coming to both iOS and Android.

Twofold Inc. - A puzzling numerical romp with a lot going for it