Transformers: Forged to Fight review - Giant robots punching each other in the face 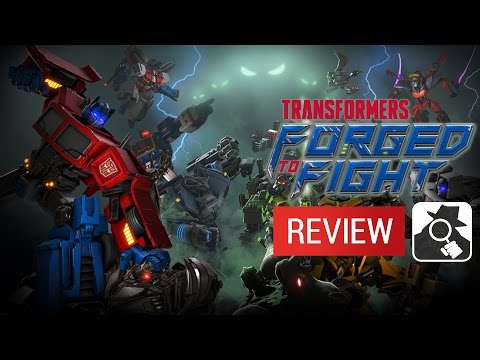 Subscribe to Pocket Gamer on
Transformers: Forged to Fight is a game about giant robots punching each other to bits. It fits into the same genre as the likes of Injustice and Marvel Contest of Champions.

And it's closer to the Marvel vision than the DC. There are Transformers from a variety of different eras of robots-in-disguise lore, and the controls give you a decent amount of options when it comes to violence.

It's not perfect, and there are going to be people who grump about the free to play system. But that's life.

The plot revolves around a crash landing on a strange planet. From there you start your collection of Autobots and Decepticons and go around punching anyone who looks at you funny.

The game is split into two parts. In the first you're moving around a precisely linear map, spending energy, and sometimes collecting resources. The second part is where the violence happens. 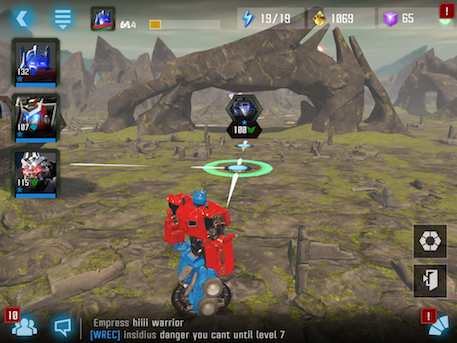 You've got a surprising amount of control over your bot. Everything is taps and swipes, but you can change the distance between you and your foe to change your options.

Combo-ing together different attacks is key here, as well as making sure you're not taking a beating from your enemy by using blocks and dodges.

There's a rock-paper-scissors style system that gives certain robots advantages over others, so making sure you're taking the right bot into a fight is important as well.

You've got a team of three you can choose from, but a larger roster of other machines that you can swap out at the start of missions. 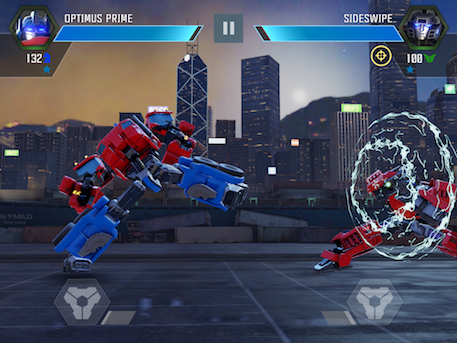 Each of the bots has a reasonably distinct feel to them. Don't expect Street Fighter levels of individuation here though - you're still mashing the same swipes and taps, you're just pulling off slightly different attacks.

But if you're into Transformers you might get a kick out of seeing what the different robots do. There are 'formers from the Bay films, the classic cartoons, and plenty of other eras too.

There's a clunky, stompy fun to be sucked out of Transformers: Forged to Fight. And collecting and brawling with new bots is a lot of fun.

Things do get a bit one note though, and anyone with a penchant for real brawling is going to find the whole thing a little same-y after a while.

Still, giant robots punching each other in the mush. That's pretty cool, right?

Transformers: Forged to Fight review - Giant robots punching each other in the face

Smashing through Forged to Fight is a laugh, but it's not much more than that
Next Up :
Hero Emblems II review - "Lovely visuals and music, but match-3 combat lacks strategic depth"

Transformers: Forged To Fight’s new event might be the best one yet

Transformers: Forged to Fight is Kabam's latest action RPG, out now worldwide on iOS and Android