Play it sensibly (or don't)

Djinnworks released Traffic Buster on Android a week or two ago. Now it has brought all of the car-smashing action over to iOS as of today.

The idea is to manage traffic at a four-way intersection during rush hour.

You're supposed to help all of the vehicles avoid crashing but, if you're anything like me, you'll have to witness the carnage of a traffic accident at least once.

If you're playing Traffic Buster properly, then your job is tap on cars to slow them down, or swipe across them to have them accelerate. 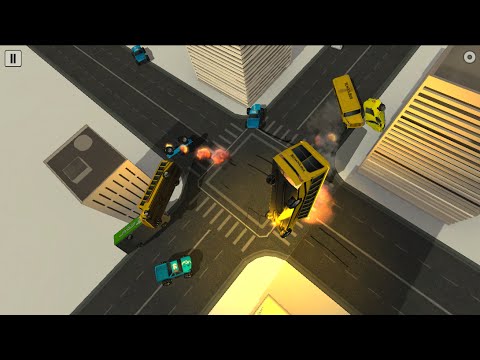 With a mix of these two actions you should be able to have them avoid any accidents. That said, if it's too easy then try one of the other difficulty modes.

You can purchase Traffic Buster for 79p / 99c on the App Store.