Landfall Games has officially announced that Totally Accurate Battle Simulator (TABS), the studio's popular battle sim, is finally coming to iOS and Android devices after a successful stint on PC and Xbox. Eager fans who tuned into TapTap Presents' online showcase today got to see a special trailer for the game, hyping up those battling ragdolls across wobbly physics even more.

In Totally Accurate Battle Simulator, players can expect the same kind of silliness from the beloved PC and Xbox versions. The game tasks you with leading wobbly warriors across various worlds, with more than a hundred classes and even a custom unit creator that lets you craft your own ragdoll masterpiece. You can fight using medieval warriors, hardy tanks, and even Death himself - you can even take down woolly mammoths, because why the heck not?

Since the game's official release last year, it's been making waves online with over 4.5 million players engaging in wobbly battles to their hearts' content. The game also features a multiplayer mode where friends can go head-to-head in physics-based wars. 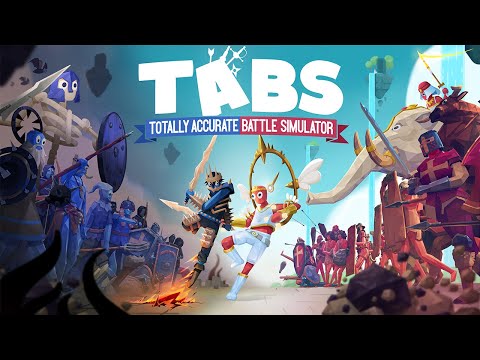 In case you missed it, you can discover more about the Totally Accurate Battle Simulator mobile announcement as well as tons of new updates for high-profile games over on TapTap Presents' official site.

For now, you can learn more about the game on Steam, check out the title on its official website, or join the community of followers on Discord to stay updated on all the latest developments. You can take a little sneak peek at the embedded clip above to get a feel of the game's visuals, gameplay and mechanics as well.

Are you on the hunt for more similar titles that will put your skills to the test on your mobile device? Why not take a gander at our list of the best Android multiplayer games?

Next Up :
Roterra 3 - A Sovereign Twist is the hit puzzler franchise's latest addition, now available on iOS