On me head, mate! 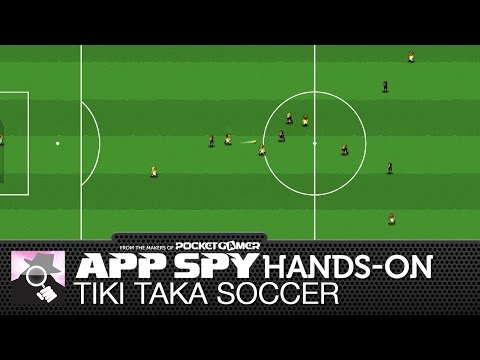 Panic Barn has soft-launched its kick-about footie game Tiki Taka Soccer in the New Zealand App Store. It should be launched worldwide on iOS and Android by the end of May.

We had a bit of a laugh with this one when going hands-on with it, as you can watch above. We also wrote about it here and said that it has some of the simple joy of Sensible Soccer.

It covers the basics of what you'd expect from touchscreen football: a series of fluid taps and swipes to pass, shoot and, hopefully, hoof one into the back of the net.

But that's only on the pitch. Off the pitch you also have to hire staff, buy players, and come up with tactical formations to win. It's as if the game has lite RPG elements, almost.

But don't just take our word on it any longer. If you have a New Zealand account you can go and download Tiki Taka Soccer for free on the App Store right now.