For me, the best video game representation of the beautiful game isn't about polygons and accurate team line-ups. It's Sensible Soccer on the Amiga.

It's hilarious sliding tackles and a Dutch national team entirely comprised of players whose names you can't say because you're laughing too much.

That's the vibe that Tiki Taka Soccer gives off. It's a different sort of beast to Sensible, but it carries the same anarchic swagger.

It's deeper, with more management options and a slightly more complex control system, but it still doesn't take itself too seriously. 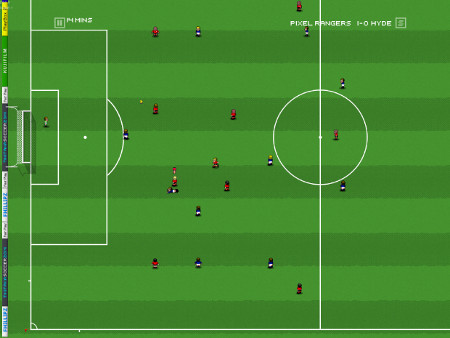 I played the game a year ago at the last EGX, but this year it's not on the show floor. Instead I grabbed a go at BeefJack's indie game show and tell on the Thursday night after EGX had closed. I had a whisky and coke with a strawberry in it for some reason.

The game is a lot slicker than last time I saw it. I don't get the chance to poke around with the more in-depth career progression that's set to be a pretty important chunk of the game, but I do get to have a decent kick around.

The controls are simple. A series of taps and swipes let you pass, shoot, and change players. There's not quite the manic rhythm of Sensible Soccer, but it's close. And sliding tackles almost always result in free-kicks.

I think I won 4-0. I can't remember. But I know I enjoyed the five minutes I spent flicking and tapping the ball around the top-down stadium. 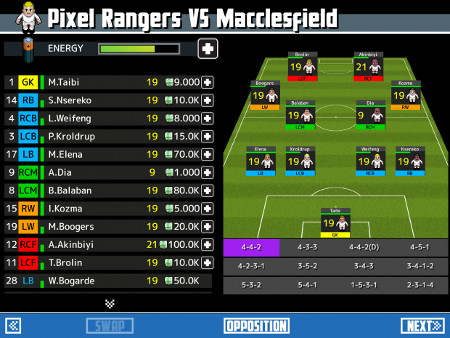 There's a rich arcade joy to proceedings, and even without the New Star Soccer-style management in the background, it's something I'd happily jump back into time and time again.

I cheer each time I score, mumbling jokes about liquid football that don't really make any sense. Because Tiki Taka Soccer is shaping up to be that sort of game.

A fluent take on the act of hoofing a ball around a field that's built with the utmost reverence for the sport. And one that realises reverence doesn't have to be a slavish adherence to a strict set of rules.