Developer Days of Wonder has released a "major" update for its excellent strategy iPhone title Ticket to Ride Pocket, which first hit the App Store back in November of last year.

The update introduces a new game mode called Multi mode, which gives you the ability to play multiple asynchronous matches with other players from around the world.

That means you can dip in and out of numerous matches as you see fit, without losing any of your progress. These matches, which support up to four different players, are handled by Apple's social gaming network Game Center.

"This is the update Ticket to Ride players have been clamoring for since we released Ticket to Ride Pocket," Eric Hautemont, Days of Wonder CEO, said.

"With Multi Mode, we’ve given players what they want without compromising on the gameplay that made Ticket to Ride so popular to begin with."

Pulling into the station

Both the iPhone and iPad editions of Ticket to Ride now boast an improved Local mode, in which you can challenge your buddies to a game over both Bluetooth and wi-fi, regardless of whether they own an iPhone, and iPod touch, or an iPad. 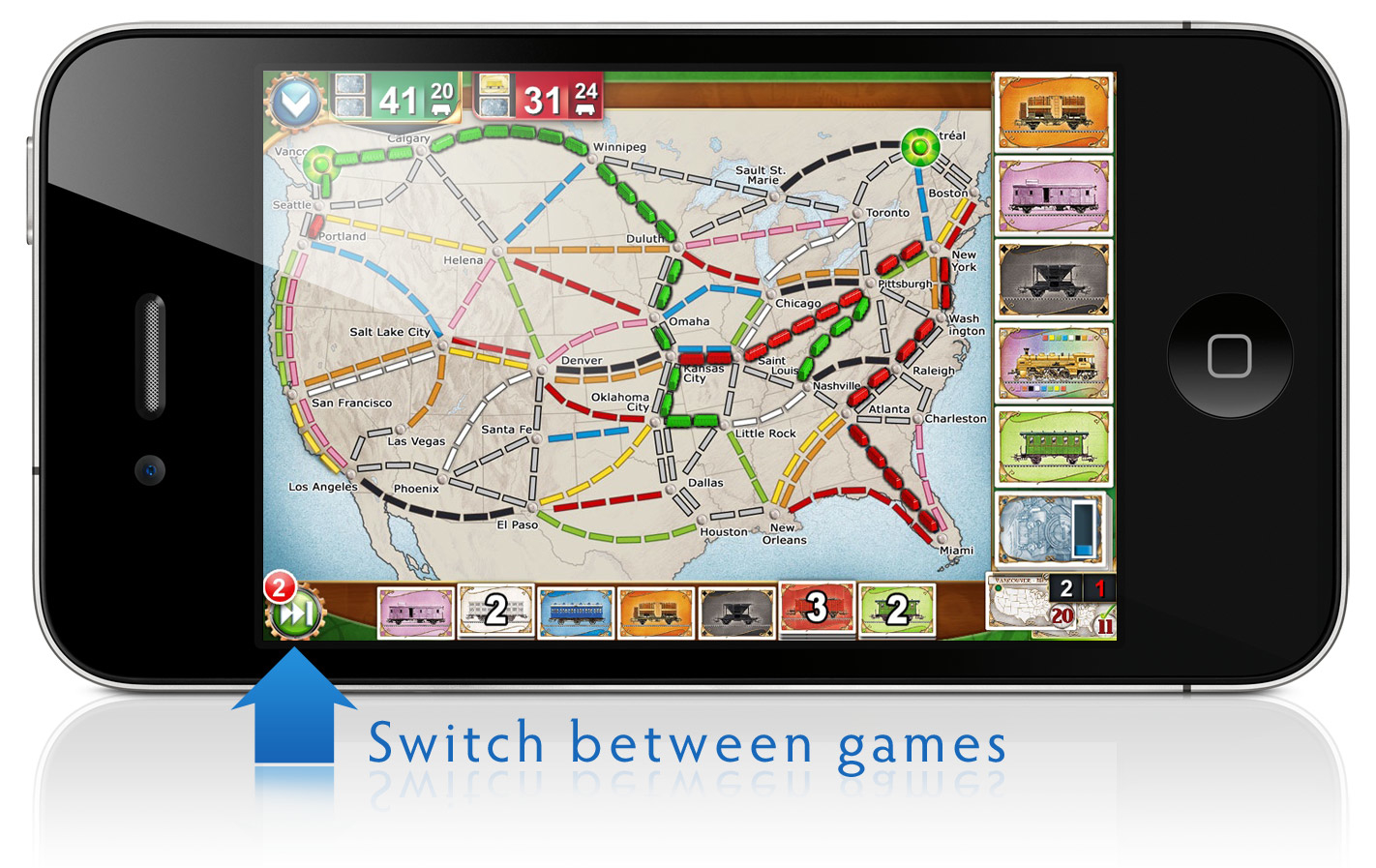