Complete with all of the trimmings

Switch
| This War of Mine

Long-time readers of Pocket Gamer, you'll probably know by now that This War of Mine is a firm favourite of many of ours and for good reason. If you've been thinking "gee, I wish I could play it on Nintendo Switch", you'll be pleased to know you've only got to wait until November 27th. 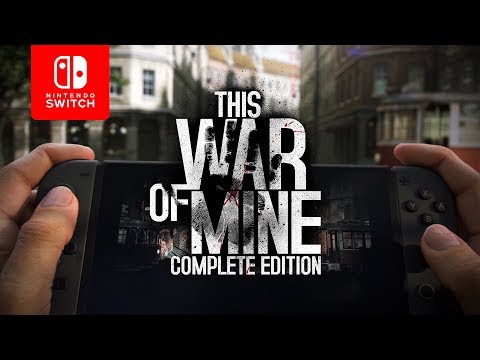 Subscribe to Pocket Gamer on
This War of Mine isn't your typical war game. Rather than playing out tactical battle strategies, fighting enemies, or receiving orders from your commander, you're playing as a group of civilians caught in the middle of chaos. Family neighbourhoods turn into shells, friendly neighbours turn into enemies, and with starvation and sickness a real threat there's no telling what you'll do to help you survive another day.

As much as it's a fascinating game to play, I've never experienced a game that's made me question my moral choices so strongly. Stealing from the needy isn't something I'd do in real life, but what if one of my survivors dies because of it? It's a game about choices and consequences, and it'll quite often leave you feeling awful for all of the right reasons.

Excitingly, This War of Mine: Complete Edition is named so because it'll be coming with all available expansions. Alongside the original game, you'll get content from the Anniversary Edition, The Little Ones DLC, Episode 1: Father's Promise DLC, and the upcoming episodes, 2 and 3, when they're released. I'm not yet sure what the price will be.