iOS
| The Stillness of the Wind

There are very few games that make us look at ourselves - games that make us think about the way we live, the people that we love, and how we relate to them in a world that sometimes feels like it's falling apart. Thankfully though, there is The Stillness of the Wind, and that does all of those things.

It's a melancholic game of slow, human time. There are brief connections, moments of revelation, but for the most part you're following a time-old routine, doing your best to exist on the fringes of growth and collapse.

There's no action, just a wonderful soundtrack and a simple control scheme of taps. Everything you do here is both small and enormous - these are the motions of a human life, the smallest and most important thing in the world.

The game sees you playing as an old woman. You wake up everyday and tend to your farm. There are goats to milk, cheese to make, eggs to collect, and seeds to plant and water. You tap to move, and tap on different objects to pick up and use them. Tap the pail and you can go milk a goat; tap the hoe and you can clear some earth to plant seeds in.

You move ponderously around the farm, age having long ago caught up with you. If you sit down, you do it with a sigh, and when the night starts to draw in you'll yawn and stretch and curl up on a small bed to sleep.

Your only contact with the rest of the world comes from the daily visits of a travelling salesman. If you miss his visit, he'll leave you a letter. You need to trade with him to feed your goats and look after other parts of your farm as well. 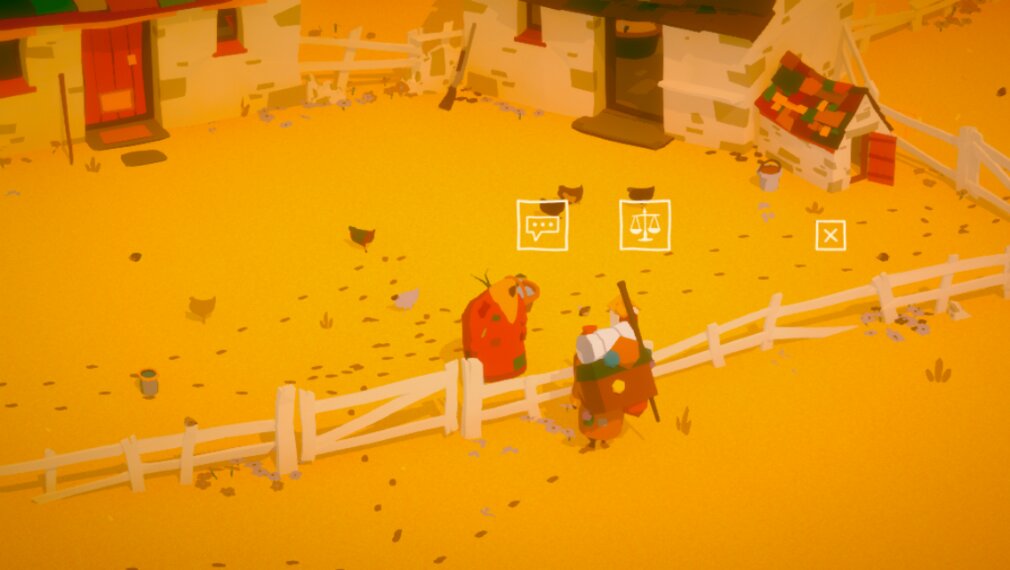 The letters you receive are from relatives who've left the farm and moved to a nearby city. It's in them that the narrative of the game is found - a story about the end of the world written by friends and loved ones who you haven't seen for the longest time.

That loneliness seeps through every part of the game. Your actions, though monotonous, start to take on more and more significant. Here is a bulwark against the crawl, a life lived the same way it always has been in the face of an almost incomprehensible ending.

It's almost like there are two streams of time in the game - the real world and the farm. And that makes the game really about understanding how we can be better parts of the world, how we can find time even when there isn't any.

There are so many parts of The Stillness of the Wind that I'm not going to talk about here, because I want you to find them out for yourself. I want you to experience the game with as much of a blank slate as you possibly can, because it's special, and it's personal, and I don't want to cloud that for you.

This is an essential purchase no matter what platform you're buying it on. It works amazingly on mobile, and it will stay with you long after you've come to the end. We need more games like that, and more games that push us to exist in spaces that we maybe haven't considered before.

A moving, memorable game about love, life, loss, and goats. Just play it
Next Up :
Roller Drama review: "Scheme with your team, skate great"