The Nightmare Cooperative isn't the kind of game you'd expect from Lucky Frame given its previous run of titles.

That includes musical tower defence in Bad Hotel, two-player duelling in Gentlemen!, and music creation by way of a gorgeous dodge-'em-up in Wave Trip.

The Nightmare Cooperative is similar to none of these. In fact, it's probably best compared to Michael Brough's cyberpunk roguelike 868-Hack.

It starts off with your village's council spending too recklessly and calling upon heroes to fetch some gold coins. This assignment involves heading into treacherous territory and looting chests.

Being a roguelike, The Nightmare Cooperative has randomly generated levels and death means starting over from the beginning. 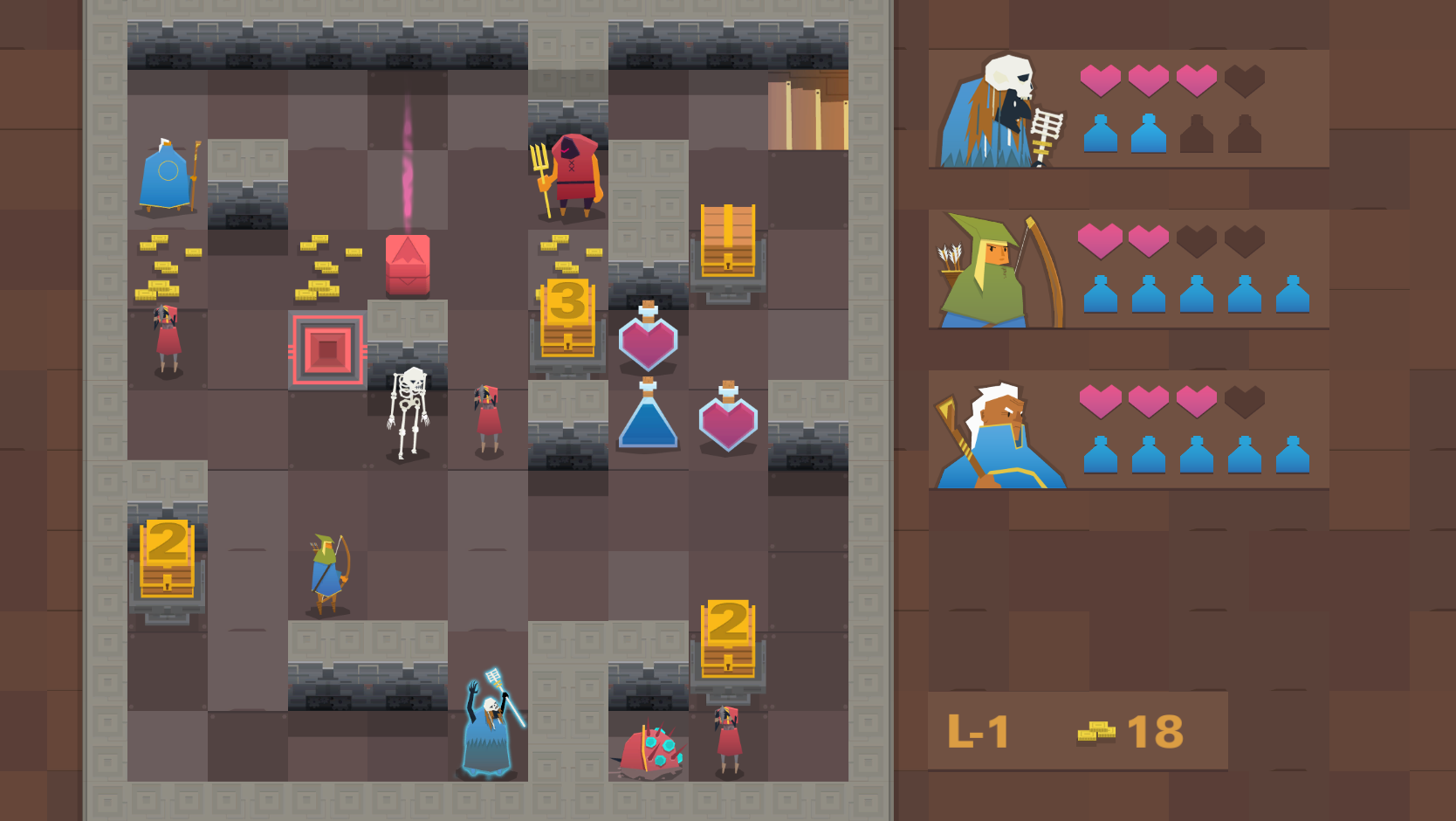 It also has grid-based movement, and the catch is that you control your whole party (up to four) with a single set of controls.

In other words, when you push up, they all move up unless they hit a wall or an enemy. This means that every move you make has to be contemplated if you want to survive.

There are deadly holes in the ground to dodge, enemies that shoot in certain directions, as well as hearts and potions to collect (for health and special attacks respectively).

There's a further catch. Opening the chests of gold in each level is a double-edged sword.

Yes, you'll get more gold and increase your score. However, it's comparable to how activating the numbered nodes in 868-Hack works. In other words, when you open chests you'll cause more enemies to spawn.

The Nightmare Cooperative is a game of balancing risk and reward, then. Anyone familiar with grid-based roguelikes will know how engaging that can be.

Learning how the cast of mages, warriors, and archers work individually, and then getting them to work together will take some time. Then there's the varied range of enemies to get familiar with as well. 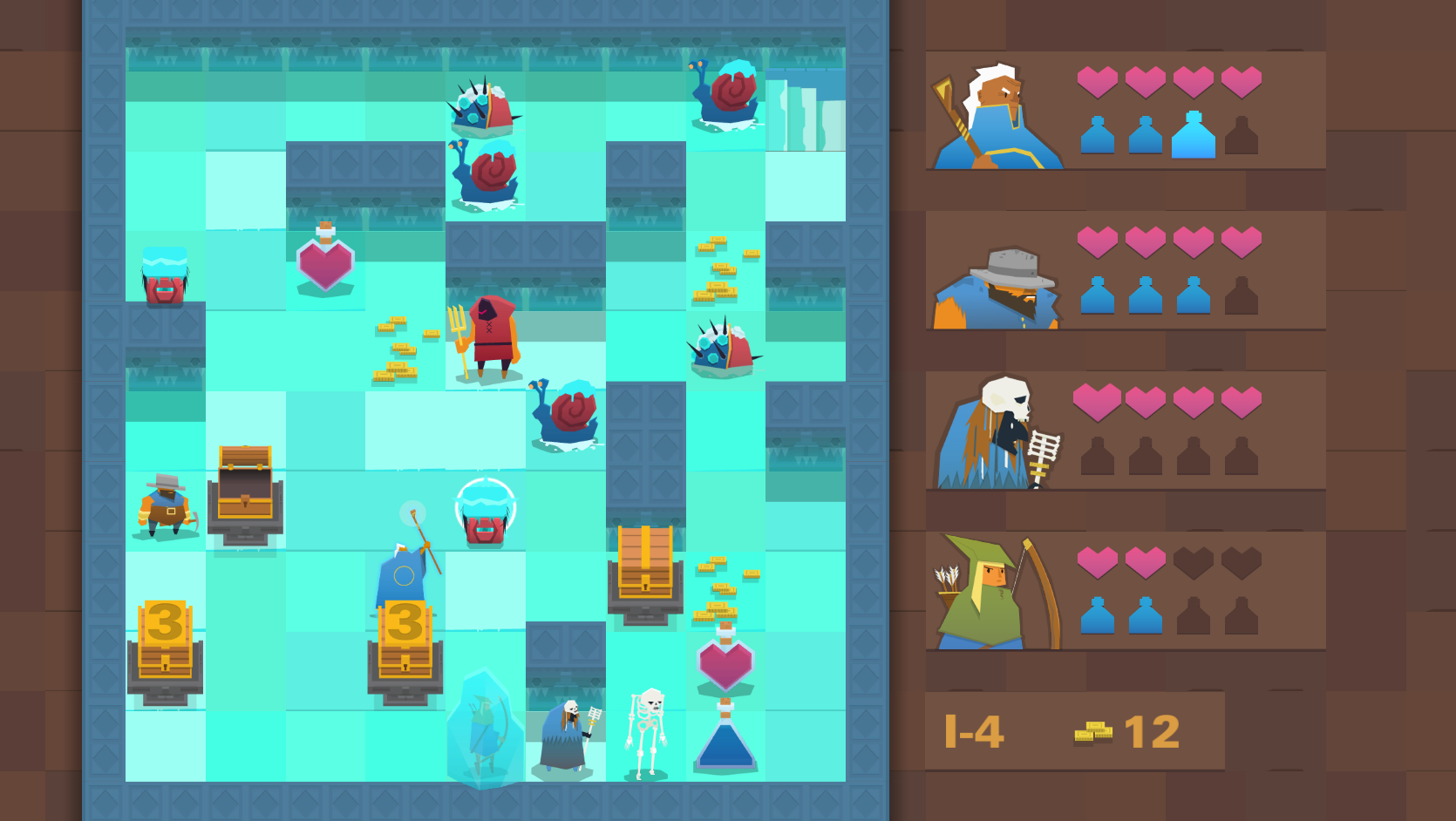 I'm a big fan of these types of games and can happily report that I lost track of time while playing. That's always a good sign.

It's a simple game to get to grips with, but one that will take a while to figure out how deep of all its systems allow you to go. It's as tough as its artwork is pleasant to look at.

The Nightmare Cooperative will be coming to PC in July 2014. Afterwards, it will be heading to iOS and Android.

You can find out more about it on the official website.

The Nightmare Cooperative, the Gold Award-winning roguelike, slides onto Android

Out at midnight: The Nightmare Cooperative is a dungeon crawler with a clever puzzle-like twist