The Big Journey is a physics-based platformer in which you take control of Mr. Whiskers, a hungry kitty, as he goes in search of the missing owner or his favourite dumpling shop.

It's one of those games that you can't help but play with a smile on your face, as the pudgy Mr. Whiskers cycles between noises and meme-worthy facial expressions.

It may not be the best side-scroller on the market, but it's a fun experience with a fluffy centre - and who can say no to that?

The Big Journey has you rolling the ever-happy Mr. Whiskers through a course of tunnels and over platforms, all the while collecting bugs, eating dumplings, and avoiding or battling foes.

Visually, the game is a joy. It's simple without being basic, and you can see that in its smaller details, like the little motions shrubs make as you roll through them. 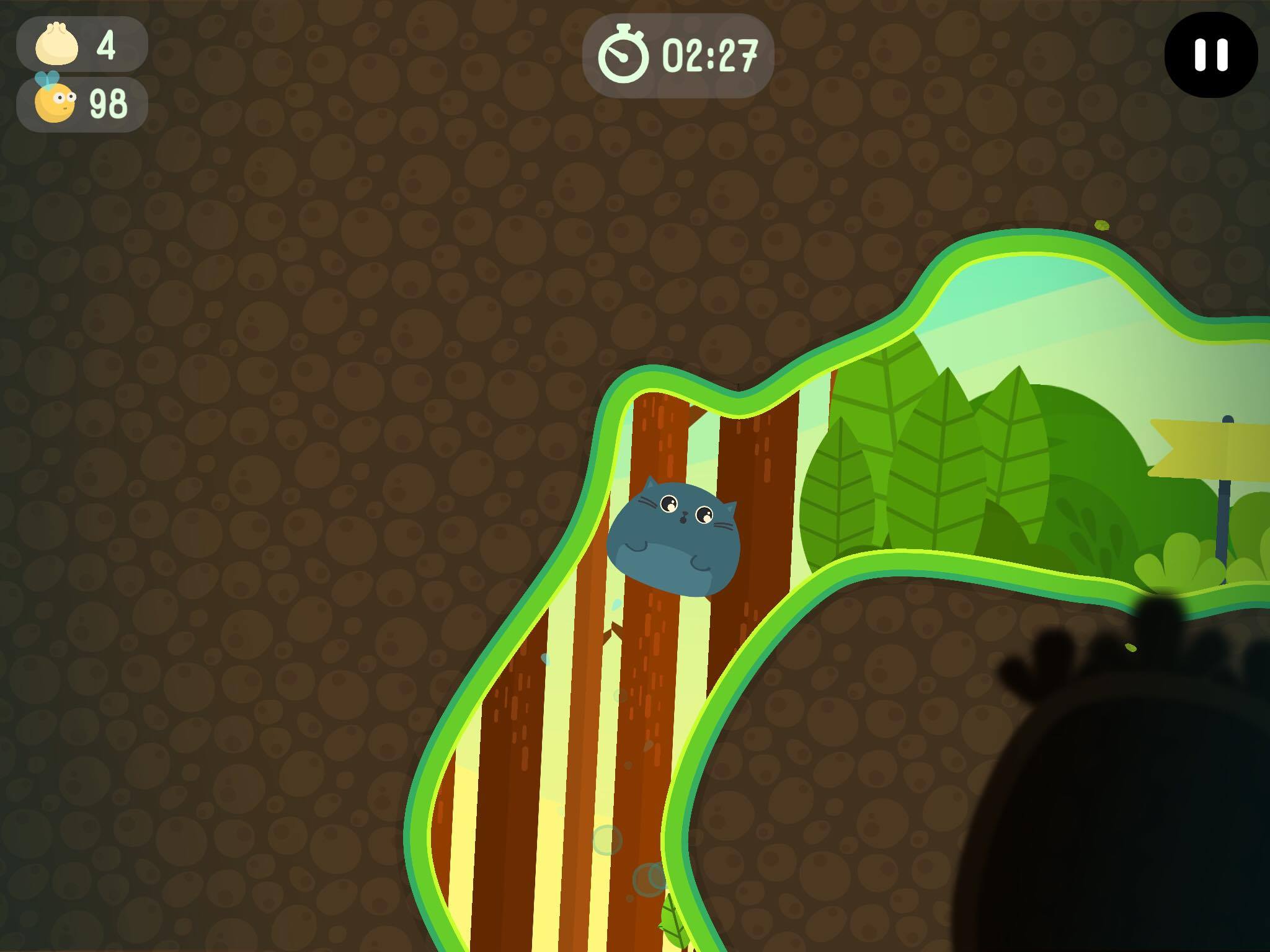 The levels themselves are filled with springy mushrooms, sweeping pathways, drafts, and nooks and crannies - some of which you'll have to stumble across to discover the goodies lying in wait.

As the game goes on you'll face perils like spinning blades, spiky crevices, and really angry snails, but the difficulty remains pretty constant. Sure, there are a variety of enemies, but they either require you to jump over them or bop them with your big, flabby bod.

Should you slip up and have an enemy smack you, you'll lose a dumpling. Lucky for you the dumpling has a short period of time where you can reclaim it, like collecting the gut-wrenching cascade of lost rings in Sonic.

An unobtrusive, if slightly repetitive, score helps build the game's atmosphere and changes with each new chapter.

Where the game hits a bump is with its controls. You can either use the accelerometer or on-screen buttons, but both have their flaws.

Tilt is definitely easier, but if you're using an iPad you may find your hands aching after a short time. The response time can also be a little slow and the jumping a bit finicky. 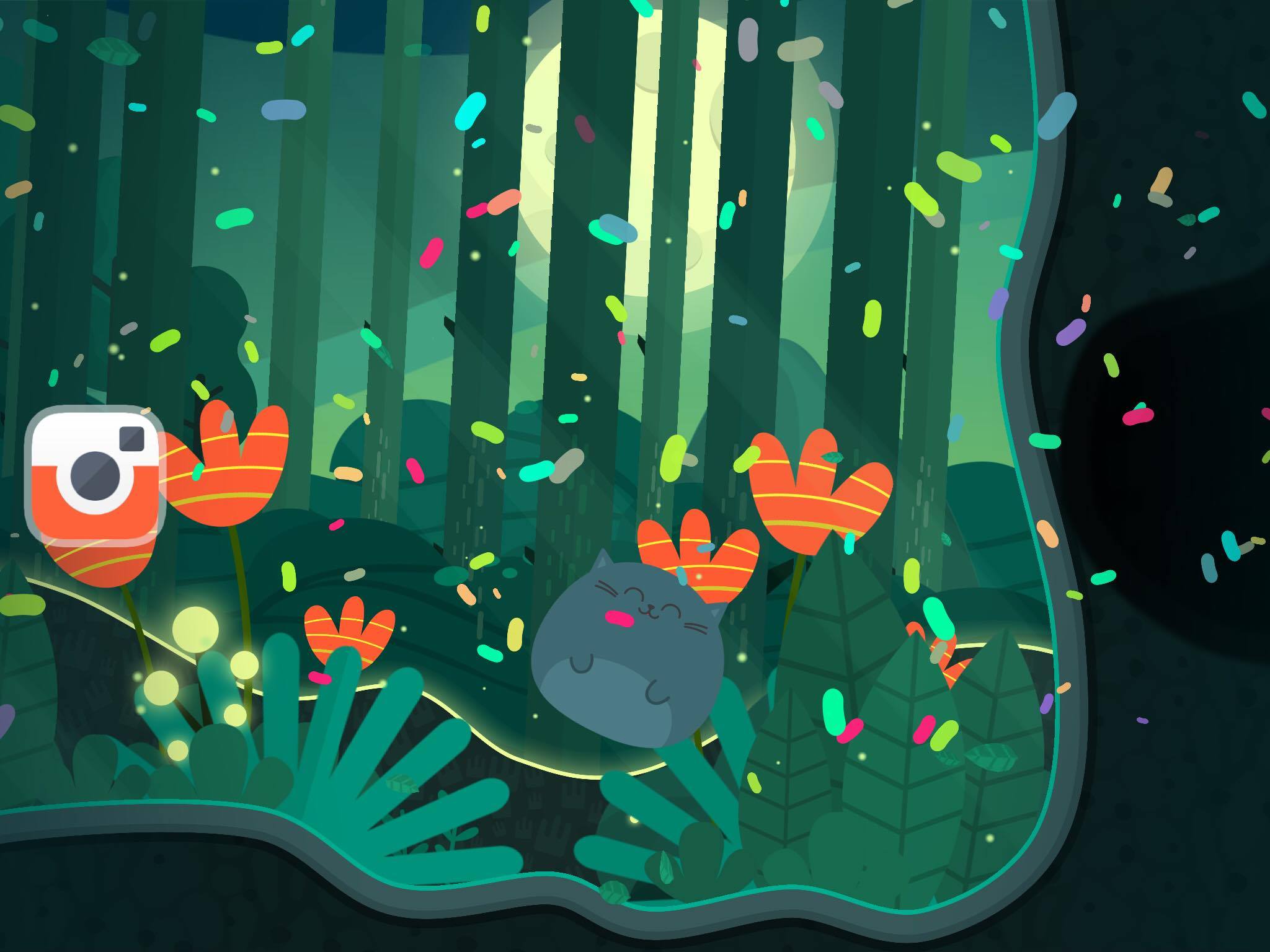 The button controls on the other hand let you twist the screen by tapping two different buttons. These are actually a bit over-sensitive and they absolutely have to be pressed in the correct areas. Again, if you've got an iPad it really doesn't feel comfortable at all.

The Instagram-like feature is also something the game could do without as it doesn't really improve the gameplay at all - it just sort of sits there on the left of the screen looking out of place.

Fur real, are you not feeding me?

The Big Journey is let down a little by its iffy controls and definitely suits the iPhone better than an iPad in terms of comfort.

But, overall, it's a stellar game with pretty visuals and a lot of heart. It makes you feel all warm and fuzzy when you play it, and there's something really wonderful about that.

The Big Journey may have some un-fur-tunate issues with its controls, but it's hardly claw-ful - I dare say you'd better play it meow
Next Up :
Pawnbarian review - "A minimalist roguelike that's hard to put down'"

Roll off on the stylish physics-based platformer The Big Journey, out now for iPhone and iPad