We're excited that Stoic Studio is bringing its turn-based survival strategy game The Banner Saga to tablets this summer.

We're sure that most of you are, too. But how much would you be willing to pay for the game?

This is a matter that John Watson of Stoic brought up in an interview with Polygon recently.

The small amount of money that mobile gamers will pay for games is something that's been irritating him. According to Watson, Apple has also expressed some annoyance on this topic, too.

"They want to pay as little as possible. They think that four dollars is an exorbitant amount to pay for a game, which is very illogical considering most people's lifestyles."

"They'll spend $600 on an iPad, and $4 on a coffee, drop $20 on lunch, but when it comes to spending four or five dollars on a game, it's this life-altering decision. I'm frustrated with that too."

The hope for Stoic is that The Banner Saga will sell well on tablets for a premium price. On PC, The Banner Saga costs £18.99 / $24.99, but that kind of price is very rare on mobile.

The plan, presumably, would be to sell The Banner Saga at around these prices on tablets. 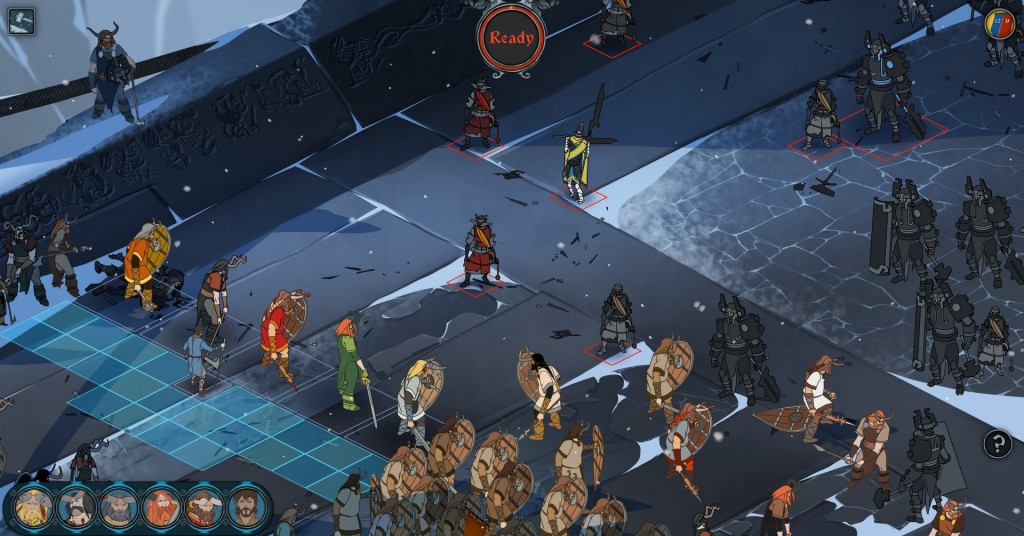 Unsurprisingly, Watson said that finding the right price has been tricky. In fact, Stoic still hasn't decided what price to set yet. Even Apple is getting involved, apparently.

"[Apple is] telling us to go higher-end with our game," Watson revealed.

Yep, Apple wants Stoic to sell The Banner Saga at a higher price, it seems.

Unfortunately, there's no way of telling how differences in pricing will affect The Banner Saga's sales until the game arrives on tablets later this summer.

Hopefully we won't have too much longer to wait find out.

The Banner Saga lands on Nintendo Switch next week, but that's not the only thing to get excited about

Grab The Banner Saga half off on Google Play now