Blocky, you went the 15 rounds

Nintendo has announced that legendary block-dropping puzzler Tetris will finally enter the third dimension when it launches for the 3DS in the US on October 2nd and in Europe on October 21st.

We'll take it as read that you're up to speed with the line-clearing concept of Tetris, so let's just fill you in on the details surrounding this new edition.

Tetris on 3DS will feature 20 separate game modes, some of which seem far removed from the original game.

Among the new modes are Sprint (a race to see how fast you can finish off a pre-built stack), Fever (a constantly changing field where you have to solve various challenges using the blocks presented), and Survival (take a wild guess).

The game will also feature some AR modes - which make use of the AR cards you received with your device - five local multiplayer modes, and three Download Play modes that are designed for eight-person multiplayer and only require a single game cartridge.

Tetris for 3DS will drop onto US and European shores next month. In the meantime, check out the gameplay trailer below. 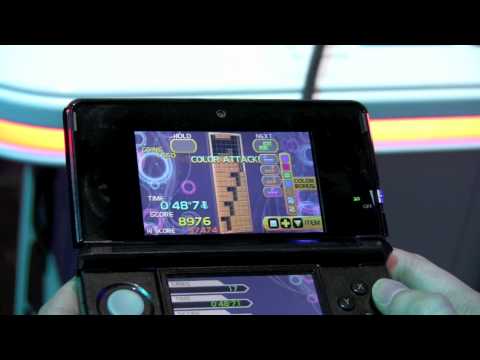 Subscribe to Pocket Gamer on
Nintendo Life / NintendoWorldReport
Next Up :
Rivengard, a fantasy RPG by Snowprint Studios, is featured in Apple's Founder's Campaign alongside an assortment of other great games

Exclusive: Pocket Gamer has obtained the first few pages of the script for the new Tetris film