Terafyn is a beautiful-looking, card-based RPG that's heading for iOS and Android this month

Heading for both platforms on September 24th

Terafyn is an upcoming narrative-led card game with RPG elements that will be told episodically. It's set to arrive for both iOS and Android on 24th September and will see the main character searching for their true purpose in the world.

The titular Terafyn is the name of the place the game takes place in and it was originally created by two siblings called Ona and Aros. The former was benevolent and merciful whilst the latter was the complete opposite. So as you might expect, a war kicked off. 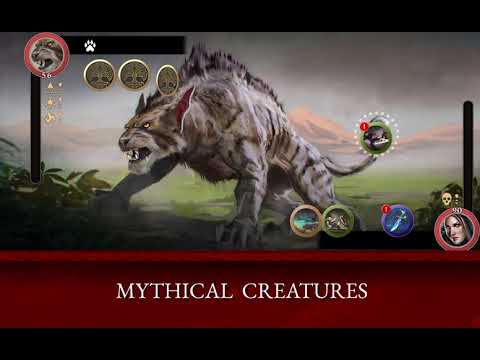 Ona eventually sacrificed herself to end the war alongside seal herself and her brother away. But centuries later it appears that Aros may be returning. However, a prophecy foretells that a descendent of Ona will rise up and protect the people if this were to happen.

Terafyn will be a large world filled with characters to meet, puzzles to solve and random events to encounter. Movement is node-based and players can visit a variety of locales that include forests, swaps, plains and other settlements. All of which is depicted with hand-drawn visuals that the developers hope will instil feelings of old-school pen-and-paper RPGs.

As you progress through the game, you'll gather equipment and rune cards to build your deck with which you'll make use of in battles. There are also allies you'll meet along the way who'll join your party and help you fight against the various Demigods and mythical creatures you'll encounter.

These battles will play out in a turn-based fashion where there'll be a combination of playing cards and using a spinner. There will be three specialities called might, ruse and arcane which will be crucial in winning these fights. You can check out some gameplay in the trailer above.

Terafyn is set to release on the App Store and Google Play on 24th September.

Looking for more RPGs to play on your phone? Here are 25 of the best available for iPhone and iPad
Next Up :
Ragnarok Arena is out now on iOS and Android, with special in-game giveaways and a physical raffle draw

Ragnarok Arena is out now on iOS and Android, with special in-game giveaways and a physical raffle draw