Much like its predecessor, Temple Run 2 is a game all about greed.

You pick a ragtag archaeologist, steal a sacred idol from a vengeful monkey god, then run away as fast as your larcenous legs will carry you.

All the while, you're nabbing lumps of gold, adding them to the catalogue of items you've ransacked from this ancient, oddly designed civilization.

Unfortunately, the curse of your avarice is untimely death - be it in the jaws of the monkey, at the bottom of some long-forgotten pit, or caught in one of the traps that litter your path.

Imangi's masterstroke in designing Temple Run was to always make the finality of your escape a spur to try again. Sure, you're dead, but there's always the belief that you could get that much farther next time, and grab that much more gold. No surprise, then, to discover that those same insanely addictive properties are present and correct in this sequel.

If you've never played a Temple Run game - or one of the hundreds of endless-runner Temple Run clones that have popped up on the App Store following its success - the premise is simple: you run down a walkway and attempt to dodge a series of randomly generated obstacles amid the crumbling Inca ruins.

The controls in Temple Run 2 are the same as in the first game. So, you swipe up on the screen to jump; swipe down to slide under objects; and swipe left and right to turn 90 degrees. By tilting your device, you can move to the left / right side of the 'lane'. Tilting also comes in very handy in the new mine cart sections.

Here, you're propelled along a track in a rickety mine cart, and you have to lean left or right to get around corners and save yourself from a pitfall when the track is broken. There are wooden beams you have to duck under, too.

Then, there are the rope slide sections - also new - which are exactly what they sound like. You zip down a rope for a second or two, leaning out to collect the tempting coins that are hovering magically on either side of you.

Rather than the flat, straight paths of the first game, the routes in Temple Run 2 swoop and twist, with rises and bends hiding perils from view until the last second. Chains of obstacles require precision swipes, while there's always the threat of monkey death from behind, too.

The coins you collect power up a bar at the left of the screen, which, when full, allows you to unleash a special power. These range from magnetising yourself to earn more coins, to a sprint move that lets you run for a while without dying.

You unlock these powers as you level-up, and you level-up by completing challenges. These can be as simple as running a certain distance or collecting a minimum number of coins.

Once you've met a challenge, a fresh one takes its place. It's rare that you think about them when you're running, though, for Temple Run 2 demands your concentration. All of it.

Despite these fresh gameplay elements, Temple Run 2 remains hugely faithful to the original. Sure, Imangi has added a little extra flavour to its new dish, but these ingredients aren't wildly novel or breathtaking.

That's not to say Temple Run 2 is a bad game, mind, for it still ignites a thrill via every split-second escape. It is, however, undeniably more of the same.

Endless-runners haven't really moved on since Temple Run first sprinted onto the scene. And, if anything, Temple Run 2 highlights that more than most. Where Imangi was blazing a new trail with the first game and setting trends left, right, and right again, Temple Run 2 is just another enjoyable entrant into a crowded genre.

Greed isn't necessarily a bad trait on which to build a follow-up game, of course, but you can't help feeling that Imangi could have chosen a different road to run down with Temple Run 2. 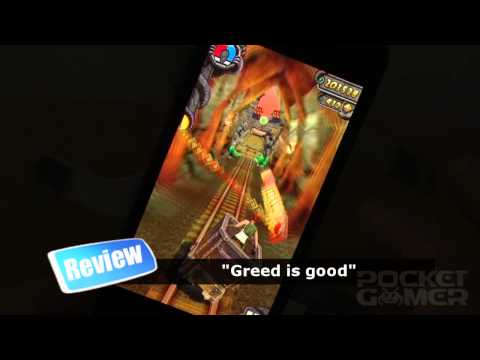 Less a breath of fresh air, more a blast of air conditioning, Temple Run 2 adds little to the endless-runner genre, though it is fun. It's just not the shot in the arm some of us were hoping for
Next Up :
Sumire review - "Why do some days stay in our thoughts forever?"