It's not often that a game is so popular that it single-handedly gives rise to an entire army of copycats. But, considering the sheer number of 3D endless-runners on iOS that followed in its wake, Imangi Studio's Temple Run is officially a genre pioneer.

Sure, they have mostly been abysmal clones (trust us - we've played them), and, yes, the worst offenders have even been booted off the App Store.

But, there are some more-than-decent Temple Run-inspired titles out there, too. You can hardly call them original, but at least these five 3D endless-runners had the decency to swap Imangi's adventurer for a raccoon, or a man famous for drinking his own pee.

Subway Surfers
By Sybo Games - buy on iPhone and iPad 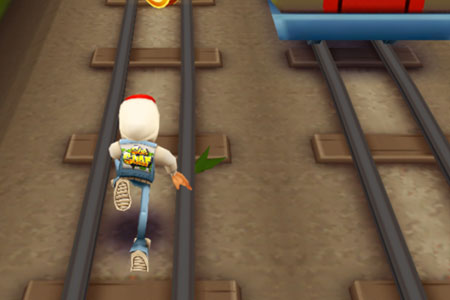 By making Subway Surfers's course a multi-layered playground, Sybo Games puts a clever twist on the endless-runner genre. So, you can dawdle about on the train tracks, or leap up onto the caboose roofs for more coins.

It's got a scrumptious cartoon style, doesn't employ tilt controls (thank heavens), and - in a touch of social genius - displays your rivals' Game Center photos above the in-game score markers. Definitely the best of the bunch. 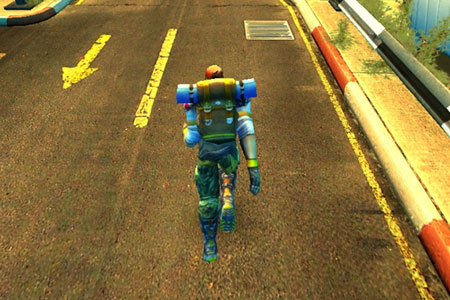 In most Temple Run-esque games, your goal is to pick up coins. But, in the ravaged post-apocalyptic wasteland of TheEndApp, there's a more precious element than gold: duct tape.

That's right. As you bound over burning cars and tilt past pools of lava, your hunky survivor collects rolls of adhesive tape. I wonder if you'll find out what he's doing with all that stuff at the end of the 14-chapter story? 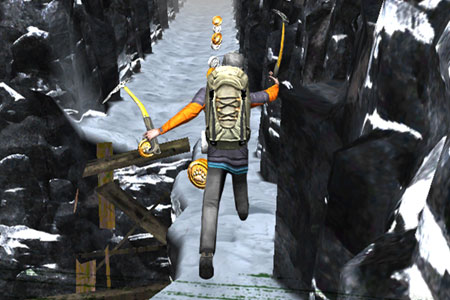 It's bear vs Bear, as UK television's most famous urine-guzzling adventurer is chased through the wilderness by an angry grizzly.

All the while, Bear encourages you via voice-over clips that range from "Good job!" to "Yeah. Not bad. I'm happy with that."

Aby Escape
By Bulkypix - buy on iPhone and iPad 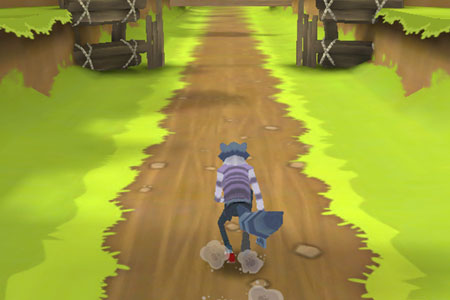 Even French publishing house Bulkypix jumped on the Temple Run bandwagon with this cartoony entry. You play as Aby, an anthropomorphised raccoon who must escape a band of redneck hunters.

It's not the best of the bunch - Aby feels rather slow and stodgy to control - but the game's colourful style and sheer variety of locations makes it a fun run.

Temple Run: Brave
By Imangi - buy on iPhone and iPad 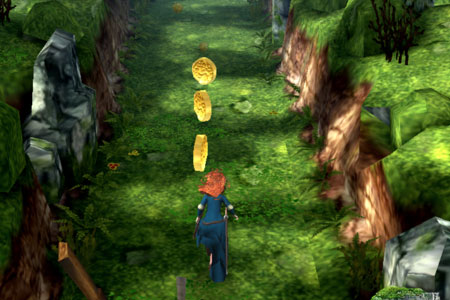 Okay, so it's a little unfair to call this one a clone. Disney did hire Imangi - the US developer behind Temple Run - to produce a special version of its hit endless-running app for Scottish CGI epic Brave, after all.

Expect the exact same game, only with the adventurer replaced by carrot-top archer Merida, a demon bear substituted for demon monkeys, and some nifty arrow bits.