If there's one thing that gaming needs more of, it's charm. Lucky for us then that Teen Titans GO Figure has come out, because it's so packed full of wit, whimsy, and sheer delight, that it pretty much means for the next six months everything can be a grey man-shooter and we'll still have charm to spare.

It's the sequel to the really rather wonderful Teeny Titans, and it picks up where that game left off in terms of its Pokemon-esque collect-'em-all gameplay and wonderfully irreverent sense of humour.

After you've chosen which of the Teen Titans is going to be your main character, you're thrown into a world of toy shops, side-quests, figure battling, and super heroes.

Tap on the screen and your chosen character sprints to where your finger poked. There's a map that shows you what's where, and you can set waypoints to make your adventures through the game world easier.

Once you get where you're going you'll almost inevitably end up in a fight. These are going to be familiar to anyone who's played Teeny Titans, with a bar at the bottom of the screen filling up and letting you know when your attacks are ready. 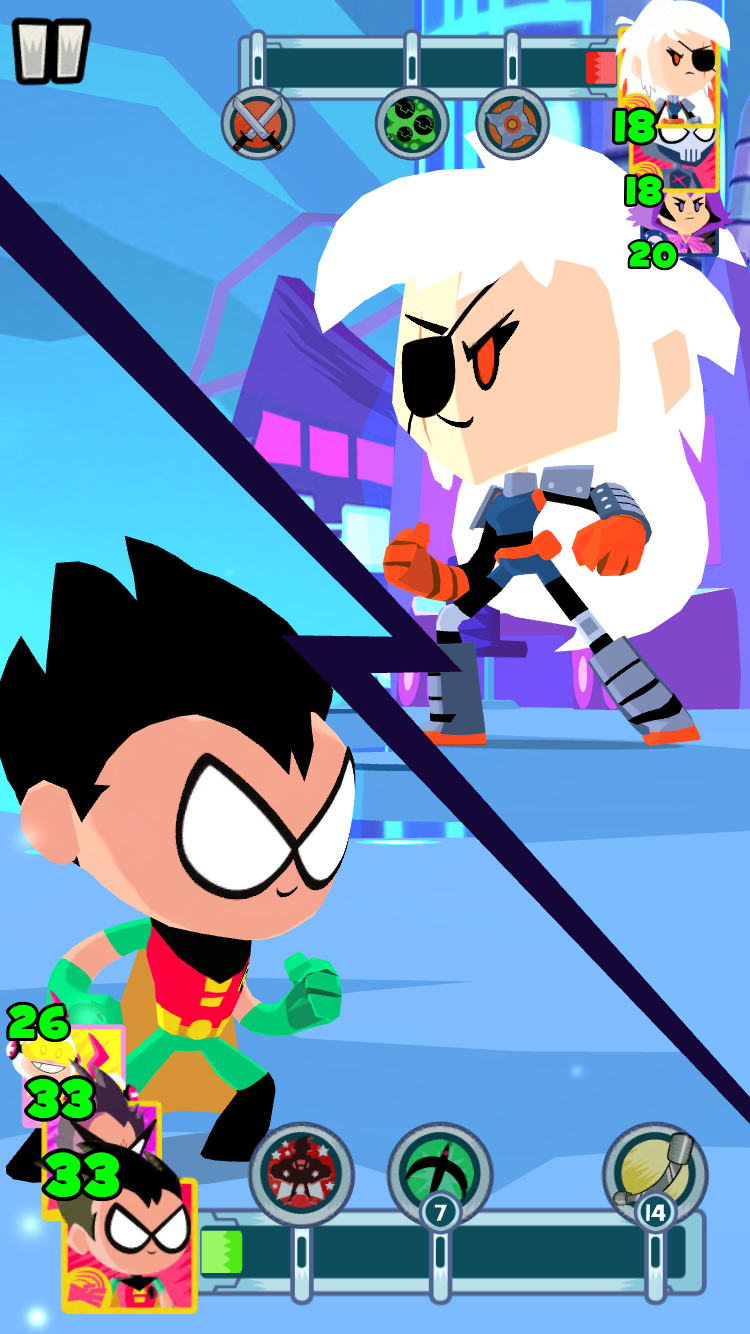 You can go into fights with a team of three characters, and swap them as and when you see fit. The bar fills the same for all of them, but the moves you can unleash will be positioned at different points depending on who's out front.

Figuring out what your attacks do is the key to success, as well as using them at just the right time. You can see your opponent's bar filling up along the top of the screen too, so you'll have a decent idea of when they're going to swing for you.

There are boosts and buffs too, and blocks of tofu that give you special powers for a brief time. The battles are tactical, polished, and offer up a decent challenge even in the early stages of the game.

Completists are going to love the sheer amount that Teen Titans Go Figure gives them to do, while fans of the series are going to lap up every interaction, animation, and reference that the game throws in.

But even if you're neither of those things, there's a bright and brilliant game here that sucks you in from the word go. Plus Robin's victory dance may well be the most amazing thing you've ever seen in a mobile game.

In short then, Teen Titans Go Figure is a brilliant sequel, but more importantly it's got a heart as big as the massive eyes of the main characters. And in a cynical world full of shovelware and guff, that's something to treasure.

A brilliant little RPG with a collect-'em-all core and a heart of absolute gold
Next Up :
Valiant Hearts: Coming Home Netflix review: "A touching war story from various angles"