Talisman: The Horus Heresy has been updated with two new warlords on iOS and Android

IAP for the IAP god 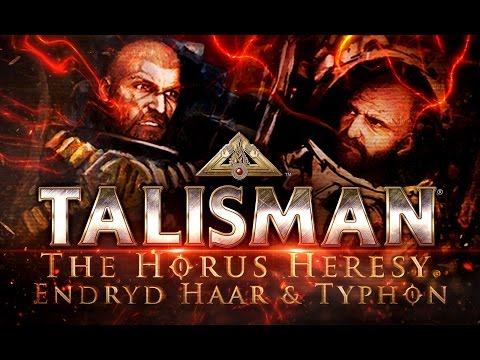 Talisman: The Horus Heresy, the digital board game set in one of the most interesting times of Games Workshop's 40K universe, has been updated with a couple of new warlords.

They're called Typhon and Endryd Haar. Now if my GW lore serves me (Googles the names), Typhon is the First Captain of the Death Guard, who eventually became Typhus, the Herald of Nurgle. Which is as gross as it sounds. Basically he's a bad guy.

Endryd Haar, on the other hand, was a World Eater during the great crusade. He went a bit mad when he found out about all the treachery and shenanigans going on, and became a Blackshield. Which is sort of like a ronin. But with power armour. So he's a good guy. Kinda.

The characters also bring new dataslates to the experience. There are new incantations as well. You can buy them both in Heroes & Villains pack IV, which will set you back £1.99 / $1.99.

Talisman and Talisman: Horus Heresy are getting free new characters for iOS, Android, and Steam

Warhammer 40K meets Talisman in Talisman: The Horus Heresy, out now on Android