Talisman and Talisman: Horus Heresy are getting free new characters for iOS, Android, and Steam

Talisman is getting a new free character called The Witch Doctor. He can curse other players, is a dab hand at magic, and has some interesting healing abilities. The Witch Doctor can be yours for nothing at all as well. 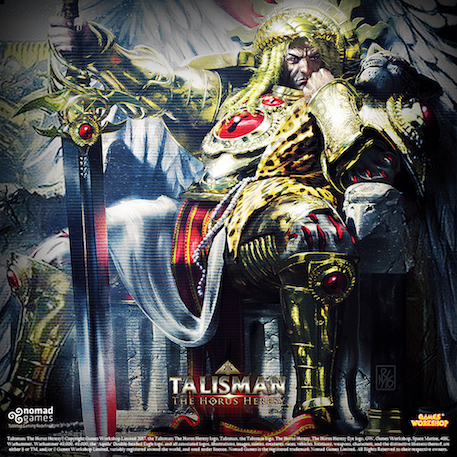 In Horus Heresy, you're getting two free characters. There's Sanguinius, the Primarch of the Blood Angels. He's a good guy. Or, you know, as good as you get in 40K.

Then there's Ka’Bahandha who is apparently the mightiest servant of Khorne. And a very bad guy.

If that wasn't enough, the latest campaign update for Horus Heresy is also set to land this weekend. It's called The Shadow Crusade, and adds a whole bunch of new content to a game that's already stuffed with content.

Both games, and their expansion packs, are getting price cuts as well. So if you like skulls and blood and magic and rolling dice, now's the perfect time to check out Talisman and Talisman: Horus Heresy for iOS, Android, or Steam.

Talisman: The Horus Heresy has been updated with two new warlords on iOS and Android

Warhammer 40K meets Talisman in Talisman: The Horus Heresy, out now on Android