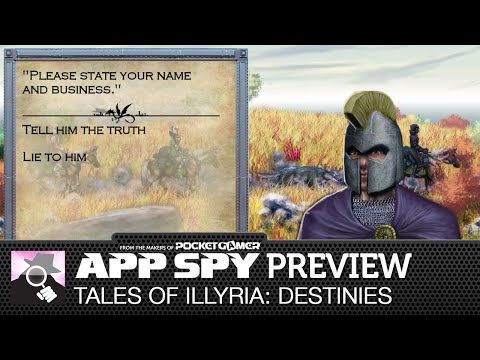 The third episode of party-based RPG Tales of Illyria is out now, exclusive to Android.

Your character can gain fame and reverence with the new reputation system, meaning rival kingdoms may act differently towards you depending on your previous actions.

In his review, Glen said Tales of Illyria: Destinies does little to move the franchise forward, though did note that newcomers to the franchise may find a fresh experience.

Destinies is a premium game, and will set you back 77p / 99c. The developer has said the price will, in time, drop to free, with in-app purchases such as event packs and armour sustaining the game from then on.

You can grab it on Google Play now.

Video preview: Tales of Illyria: Destinies is the third entry in the Android-exclusive RPG series