Taimumaru: Complete Edition is a retro-inspired platformer where you play as a young wizard catgirl called Himari, who has been sent on a journey to restore balance to time. It's available now on the Switch.

Despite being touted as a retro platformer the trailer of Taimumari suggests there's a little more going on than just jumping over spikes. Though there's definitely still plenty of that. But there are also sections where Himari is flying and it more closely resembles an Ikaruga-style game. Similarly, some of the bosses fire a plethora of orbs in various directions like in bullet hell games.

The developers Victory Road say that it's a hardcore action experience so you don't expect a relaxing time if you decide to pick it up. You'll gather various abilities as you progress through the game which looks to include bombs, flight, swords and glowing yo-yo style projectiles. It seems to be quite the mix. 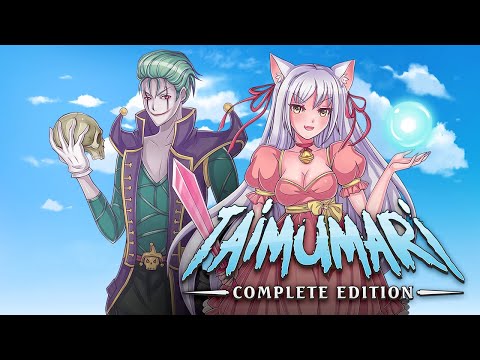 You'll also be able to talk to the villain's and learn why they turned against the side of good or simply fight them without asking questions. How in-depth that will be is interesting, particularly if it allows you to avoid fighting them. However, it might just be a few lines of dialogue after beating them. The trailer briefly shows a giant gummy bear bouncing up and down so if there's an opportunity for me to talk to that, it has to be done.

If the name doesn't sound familiar and you're wondering why it's the 'Complete Edition' that's because the game previously came out on Steam way back in 2015 where it can currently be bought for £5.79. However, if you want to be a catgirl wizard on the go, the Switch version is available now for £11.99.