FuturLab claims it has 'electrified' the match-three puzzler with forthcoming game Surge Deluxe for Vita.

You should remember FuturLab from such games as the Gold Award-winning Velocity Ultra.

Like Velocity Ultra, Surge Deluxe is a faster-paced iteration of an established game with fresh mechanics.

Rather than just sliding blocks to match them, you chain them together in Surge Deluxe with electricity conducted by your fingertips.

While we can all waggle our fingers around, FuturLab reckons that there's some genuine tactical depth in Surge Deluxe. Primarily in the block-chaining, screen-clearing, and score multiplier elements. 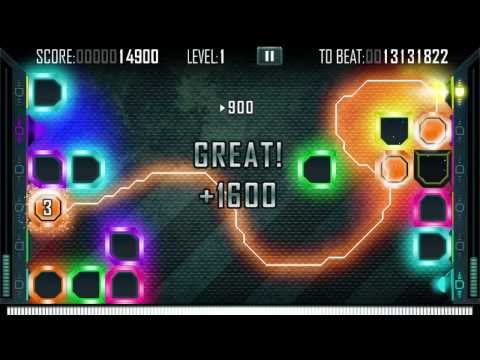 By assessing the differently coloured blocks and then matching them with both precision and speed, you'll enjoy success at this one. So, clear the screen and grab the big combo points, if you can.

FuturLab has added a few block types to this imminent Vita version of Surge Deluxe in accordance with feedback from players of the PlayStation Mobile edition.

Expect to be able to throw your electric chains around Surge Deluxe on Vita next week.