Wait until you hit thirty

Despite Civilization being a game that would feel right at home on mobile, we never got one of the main title out on the App Store. Sure, we've had two spin-off but they weren't exactly as good as the numbered ones.

Super Tribes, which came out of nowhere, is the exact replica of the Civilization franchise with a few tweaks that are made for mobile.

You'll still conquer cities, research plenty of new technologies and build armies, but this time it's all done under 30 turns.

Meaning that it's the core of Civilization diluted for a mobile audience that may not have the time nor patience for a 180 hours or more game. 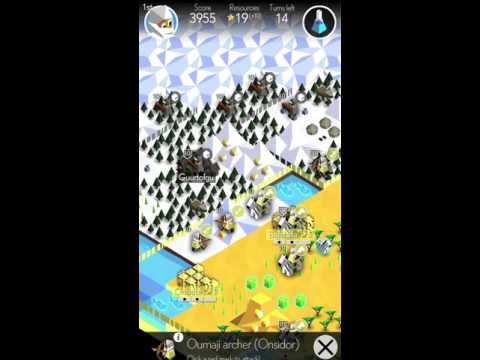 It looks great and plays great with touch but could use an online mode or a new endless mode but maybe that last one would go against the game's philosophy.

In any case, the game's free without any shenanigans.

If you like it, you can always buy the only iAP in the game to unlock the last tribe.

It's out now for free on iOS.

Thanks to Almyn over on Neogaf.

Civilization-like Super Tribes is now called The battle of Polytopia, updated with new UI and tribe