Nintendo, you spoil us

It's all set to be a busy week for 3DS owners as you're about to get an influx of new content and games flooding into the eShop.

First-off, there's new Super Smash Bros. DLC, some of which is free and some available for purchase.

If you don't feel like parting with your pennies, you can grab a K. K. Slider costume for your Mii Fighter and new Community and Regular Tournament modes plus the ability to upload replays to YouTube.

Or, if you're up to your neck in cash you can buy Samus's Armour and a Super Smash Bros. hoodie for your Mii Fighters and new stages from the N64 version of Super Smash Bros., including Peach's Castle and Hyrule Castle. Lots of castles. 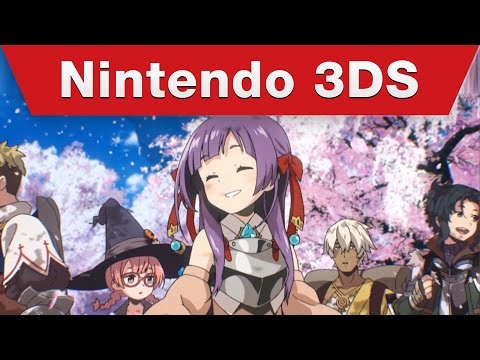 Speaking of Etrian Odyssey 2, that's out on 3DS too, with updated graphics and a full roster of classes. Exciting times.

Moving on, Pokemon Rumble World has been updated with a new area called Changing Land and some bonus items. You'll be able to catch new Pokemon here but you have to be at least Adventure Rank 40 to make the trip.