Probably not heading to Windows Phone, though

The Blackberry Z10, then, basically.

Super Hexagon is a fast-paced arcade-style action game that's caused more than a few gamers to tear their hair out since it launched on the iPhone back in August 2012.

In this rock-solid title, you take control of a small hovering triangle that's orbiting around a geometric planet in the centre of your device's screen.

Your aim, then, is to move this triangle both left and right in order to dodge the waves of impassable barriers that hurtle towards you. 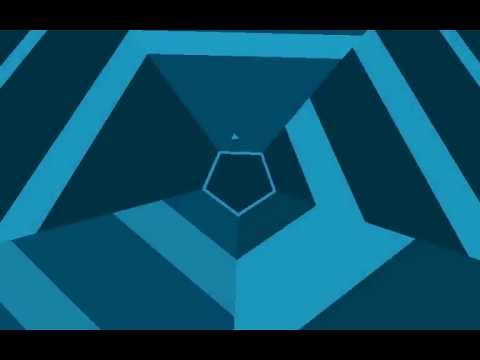 According to Cavanagh, the BlackBerry PlayBook version of Super Hexagon, which he teased in the latter half of 2012, may still be released at a later date, too.

Microsoft's Windows Phone platform, however, won't be getting a slice of the action.

"Ah, people are already asking about a Windows Phone port - right now I think it's unlikely, sorry. Far as I know, that's a lot of work," Cavanagh revealed in a recent tweet.

You can grab Super Hexagon from BlackBerry World right now for £2.00 [buy]