Sony has just confirmed next month's free PS Plus games for October.

With Street Fighter X Tekken, the veteran Japanese dev takes the beloved gameplay of Street Fighter and injects it with a meaty dose of Tekken. What's not to love?

When Peter reviewed this beat-'em-up back in November 2012, he described it as a "solid brawler, but one that does very little with the Tekken licence. If you want another Street Fighter-like scrapper, it's a solid purchase."

It may not be perfect, then, but it will be free on PS Plus in October. Yay. 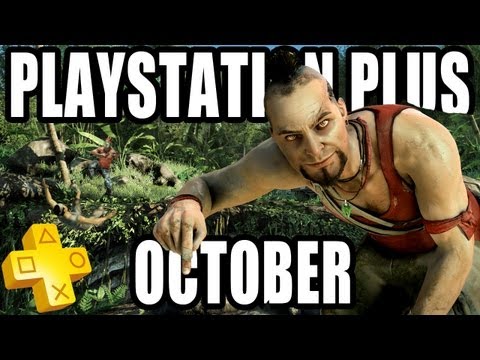 Joining Street Fighter X Tekken Vita on the PS Plus service next month will be Touch My Katamari, a game in which you roll a ball that increases in size when things get stuck to it.

Need a bigger ball? Why not roll on through the local park and suck up some of the locals.

In his review of Touch My Katamari for Vita, our Alan reckoned that "the short levels, the longest of which is about eight minutes, make Touch My Katamari perfect for picking up, having a quick roll around, and putting away again."

Both Touch My Katamari and Street Fighter X Tekken will be available to download for free on PS Plus from September 25th. On the very same day, Urban Trials and New Little King's Story will be leaving the service.