Stranger Things: The Game is something you never asked for, but you're probably going to be glad that it appeared out of thin air.

If you like the Netflix series you'll probably be up for taking a whack at it. If you've never heard of it, chances are you'll still enjoy the game.

Best of all it's totally and utterly free. Seriously, free. No hidden IAPs or sneaky fees. Just download it and play, and that's a lovely thing to see.

Stranger Things: The Game is an action/adventure game with a little dungeon-crawling thrown in, based in the iconic town of Hawkins.

The controls are super simple: tap to walk and tap to interact. That includes punching, shooting, breaking, and so on. You can also drag your finger across the screen if you've got some distance to cover. 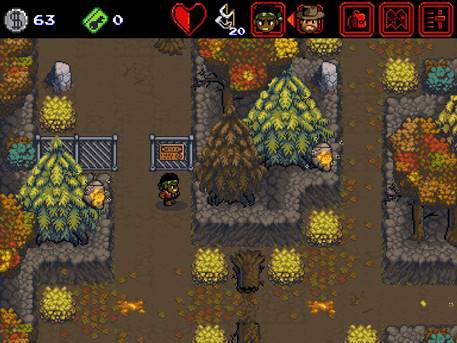 Starting off in Hawkins Lab, you'll follow everyone's favourite chief, Hopper, as he sets about finding the missing cast of kids. Each character that joins your team has a specific skill to help you overcome enemies and obstacles.

Hopper has a mean right hook for example,while Caleb has a slingshot which can flip switches from a distance.

You need to solve various puzzles throughout each level and figure out how best to fight different enemies without dying.

It's this variation in skills and puzzles which really keeps the game fresh, since there's a lot of running back and forth between locations on the map.

Once you gain a new companion you can change to their character and apply their skill to reach areas that were originally inaccessible.

There's also a bunch of stuff to collect throughout the game, from heart pieces which increase your overall health, to gnomes and eggos.

Cooler still, if you collect all of the video tapes scattered throughout the game, you'll get access to a new trailer that has some unreleased footage in it. 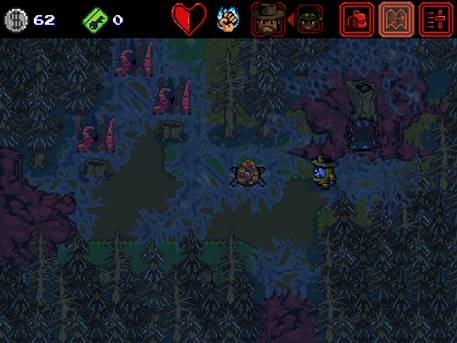 Another cracking element is the level design. Though some rooms seem a little bare and uninteresting when searching for a solution, there's usually a barrel to hit or bush to punch, and you might just get a shiny, silver coin out of it.

For a free game it's got quite a bit of meat on it. It works in chapters like the series. Each chapter works around a character and there are six characters to unlock, plus one more once Season Two is released.

My one gripe is that it gets a bit samey after you've been playing for a while, so perhaps it's a game best played in pieces rather than through one or two longer play sessions.

But for what is essentially a super long advertisement, Stranger Things: The Game hits all of the marks for a fun experience and scratches that classic, arcade itch.

For a totally free experience, Stranger Things: The Game really gives you a lot to chew on
Next Up :
Catalyst Black review - "Gorgeous visuals, smooth gameplay and fun-filled fights"